be a triangle and let

be a circle in its plane passing through

, and let the center of

are externally tangent at the point

is the intersection of the perpendicular bisectors of

, and each of the centers 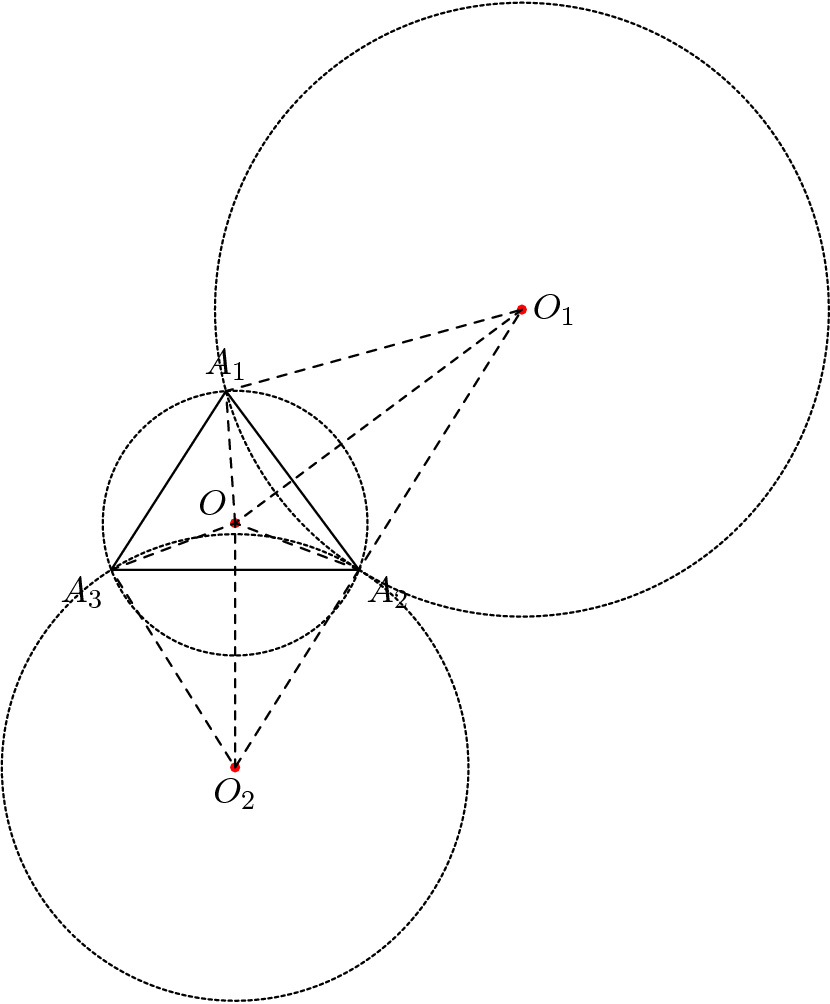 are fixed, the angle

determines the position of

lies on the perpendicular bisector). Let

(due to collinearility). Hence, we have the recursion

are the same circle since they have the same center and go through the same two points.

Using the collinearity of certain points and the fact that

is isosceles, we quickly deduce that

From ASA Congruence we deduce that

are congruent triangles, and so