be an acute angled triangle. The circle with diameter AB intersects the sides AC and BC at points E and F respectively. The tangents drawn to the circle through E and F intersect at P. Show that P lies on the altitude through the vertex C. 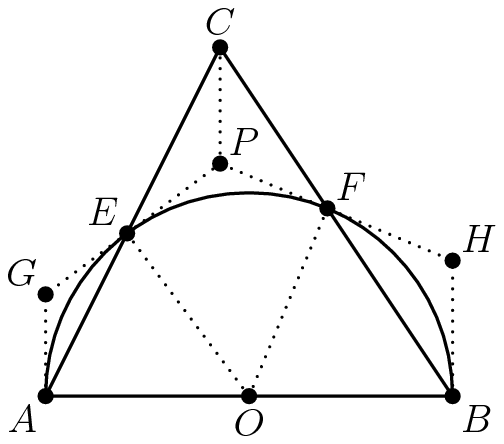 are tangents as well as

. By the Base Angle Theorem,

. Additionally, from the property of tangent lines,

. Thus, by the Angle Addition Postulate,

. Since the sum of the angles in a quadrilateral is 360 degrees,

. Additionally, by the Vertical Angle Theorem, 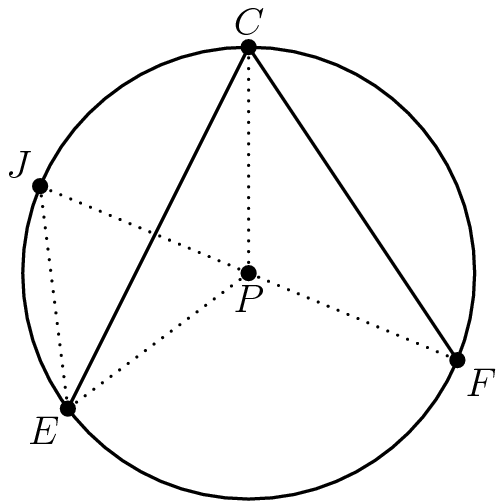 Now we need to prove that

is the center of a circle that passes through

. By the Triangle Angle Sum Theorem and Base Angle Theorem,

. Thus, by the Base Angle Converse,

is the diameter of the circle, making

the radius of the circle. Since

is a point on the circle,

Thus, by the Base Angle Theorem,

, by the Alternating Interior Angle Converse,

must be on the altitude of

that is through vertex 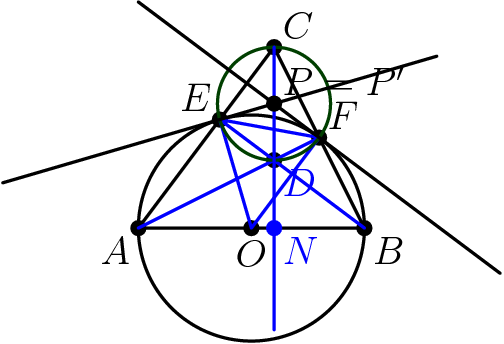 is a cyclic quadrilateral, and

is the diameter of its circumcircle.

Furthermore, we claim that

. To show this, we use the method of phantom points: we let

. Since the two values match, we have

. Similarly, we show that

Finally, we show that

lies on the height from

is the height from