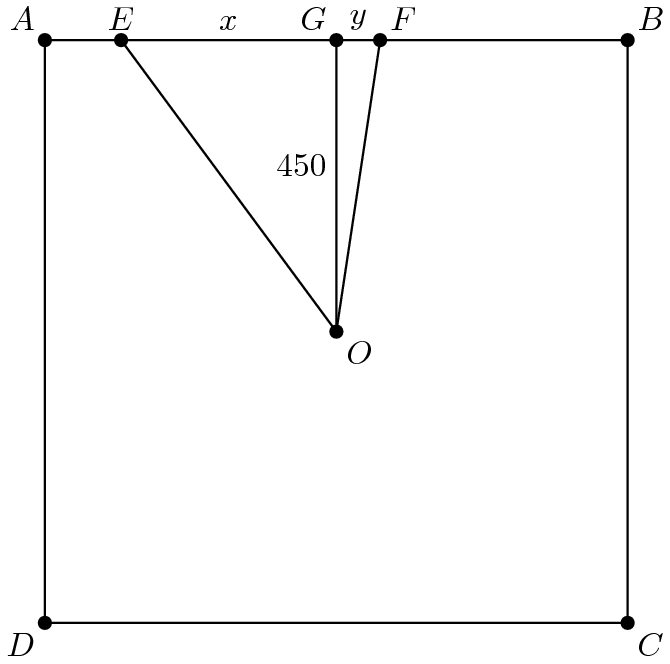 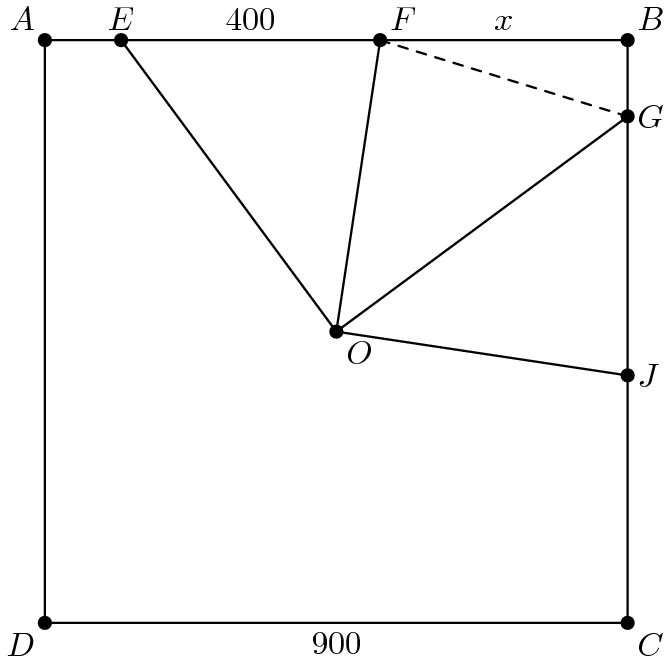 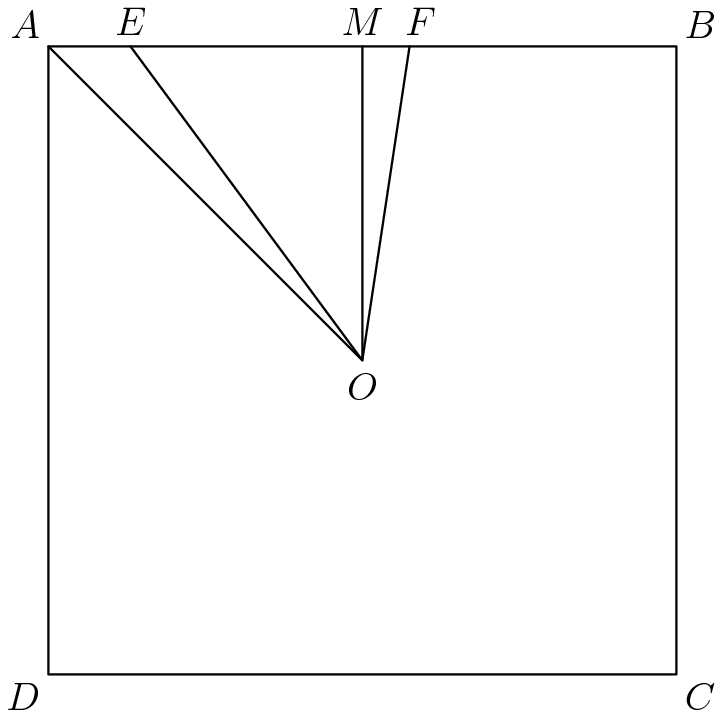 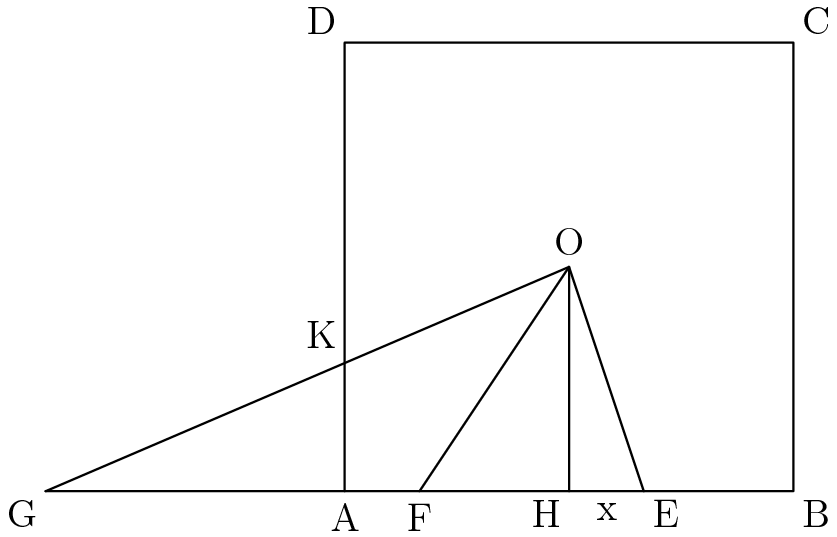 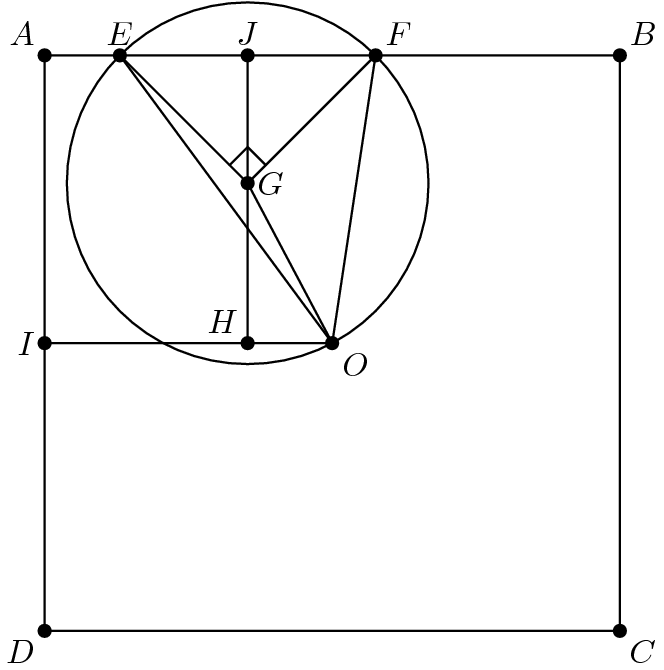 We know that G is on the perpendicular bisector of

. We can set up an equation with the Pythagorean Theorem:

This means that our answer would be

We then have from simple angle-chasing:

From AA similarity we have

This gives the ratios,

So we get the ratios

We can multiply to get

Bringing everything to one side we have

By the quadratic formula we get