are 4 and 10, respectively, and the centers of the three circles are all collinear. A chord of

is also a common external tangent of

Given that the length of the chord is 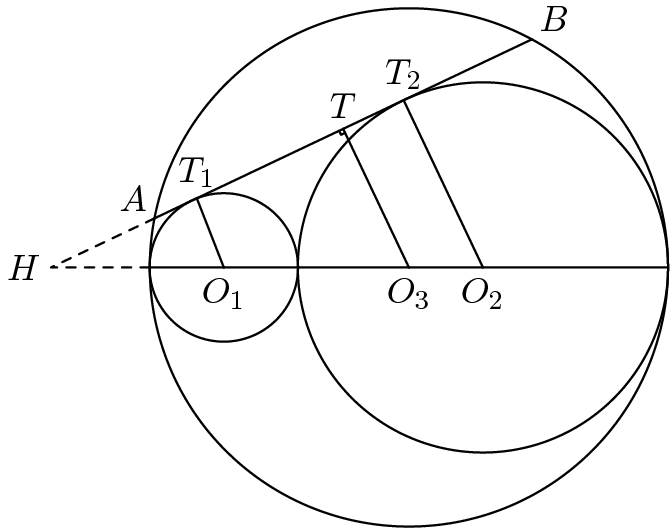 be the centers and

the radii of the circles

be the points of tangency from the common external tangent of

, respectively, and let the extension of

intersect the extension of

. Let the endpoints of the chord/tangent be

, and the foot of the perpendicular from

. From the similar right triangles

Alternatively, drop an altitude from

, we can quickly interpolate that

until it reaches the circle on both sides; call them