Let the three points be at

, such that the slope between the first two is

is the point with the least

. Similarly, the slope of

, and the slope of

. The desired sum is

, which is equal to the sum of the slopes divided by

To find the slope of

, we note that it comes at a

. Thus, we can find the slope of

by multiplying the two complex numbers

. What this does is generate the complex number that is at a

angle with the complex number

. Then, we can find the slope of the line between this new complex number and the origin:

can also be solved similarly, noting that it makes a

At this point, we start to notice a pattern: This expression is equal to

, except the numerators of the first fractions are conjugates! Notice that this means that when we multiply out, the rational term will stay the same, but the coefficient of

will have its sign switched. This means that the two complex numbers are conjugates, so their irrational terms cancel out.

Our sum is simply

, and thus we can divide by

, which gives the answer 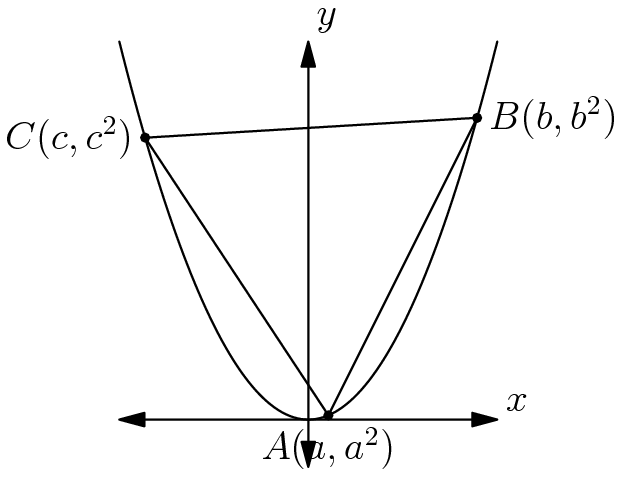