and into the interior of the equilateral triangle

are the orthogonal projections of

is not divisible by the square of any prime. Determine

be the intercept of

. By the Vertical Angle Theorem,

by AA Similarity. Since

be the side length of the triangle, so

By using the Pythagorean Theorem again, we have 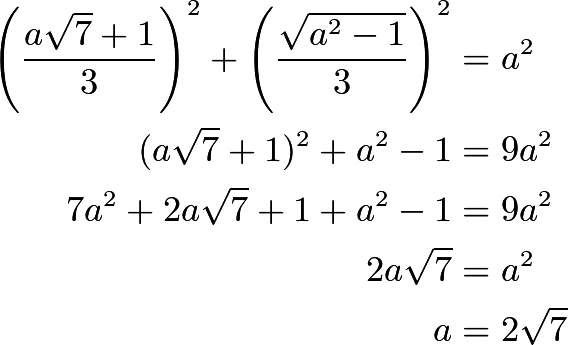 Thus, the area of the triangle is