is not the diameter. Given also that

are on different sides of

are the intersections of line 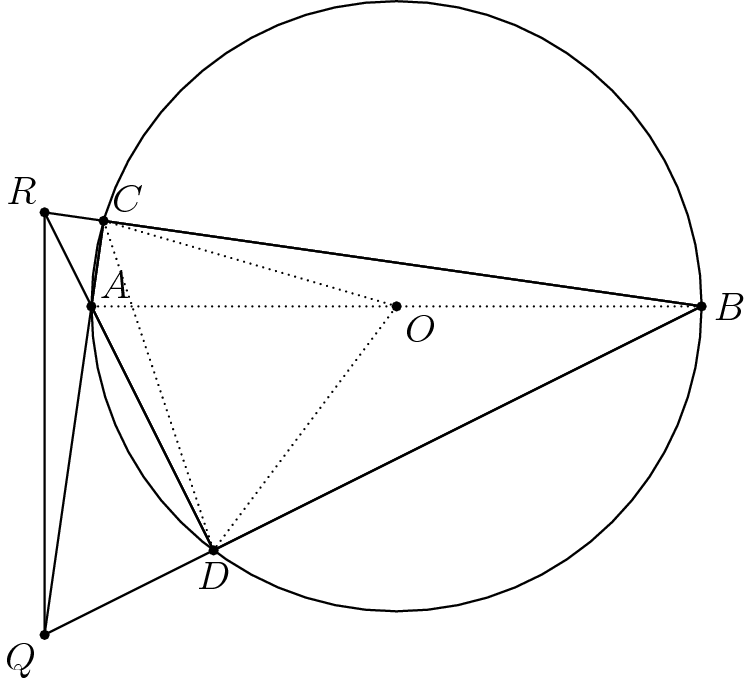 be the center of the circle. Let

, we can show that

is a diameter, we know that

. By the Vertical Angle Theorem,

, so by AA Similarity,

are both inscribed angles with the same arc of a given circle, 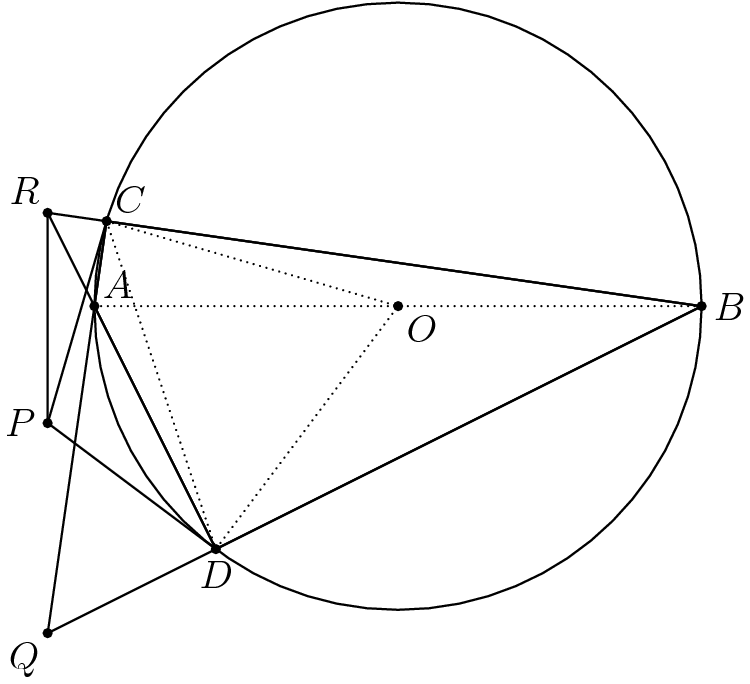 are both tangents to the circle, we must have

. Additionally, from a property of inscribed angles, we must have

. Thus, since the sum of the angles in a triangle is

is a right triangle, we must have

are in a circle with center

, so by the Base Angle Theorem,

. Thus, from the Angle Addition Postulate,

Thus, we proved that