During AIME testing, the AoPS Wiki is in read-only mode. No edits can be made.
AoPS Wiki
Resources Aops Wiki 2007 UNCO Math Contest II Problems

• The sequence of Fibonacci numbers is

• The positive odd integers are

• A regular decagon is a

-sided figure all of whose sides are congruent.

Express the following sum as a whole number:

of the men are married to

of the women. What fraction of the adult population is married? Give a possible generalization.

State the general rule illustrated here and prove it:

is a primitive cube root of one (this means that

) compute the value of

written on them as shown. Three cards are selected at random without replacement. What is the probability that the sum of the numbers on the three cards is divisible by 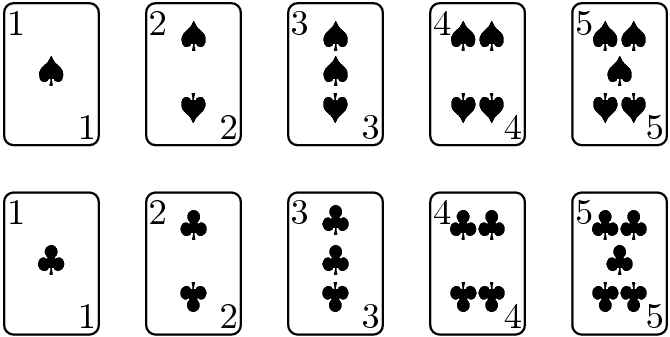 (a) Demonstrate that every odd number

can be expressed as a difference of two squares.

(b) Demonstrate which even numbers can be expressed as a difference of two squares.

(a) Express the infinite sum

as a reduced fraction.

(b) Express the infinite sum

as a reduced fraction. Here the denominators are powers of

are the Fibonacci numbers

is drawn in the coordinate plane with

, compute the numerical value of the following product of complex numbers: 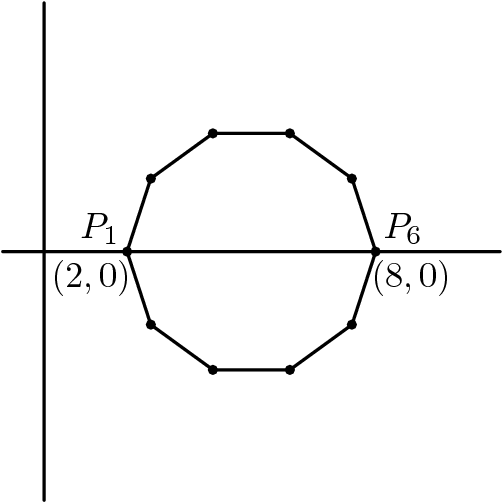 . Then another circle is inscribed externally tangent to the first circle but inside the triangle as shown. And then another, and another. If this process continues forever what is the total area of all the circles? Express your answer as an exact multiple of

(and not as a decimal approximation). 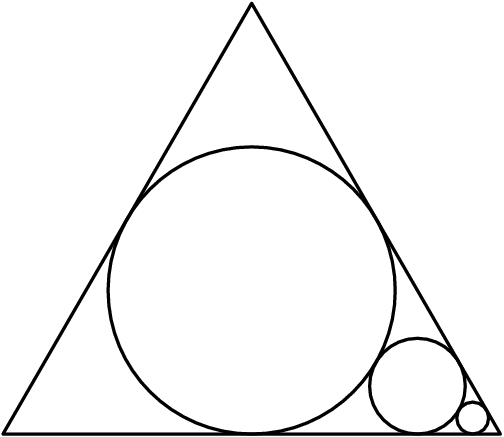 A quaternary “number” is an arrangement of digits, each of which is

-digit quaternary numbers are there in which each of

appear at least once?

-digit quaternary numbers are there in which each of

appear at least once? Test your answer with