To start off, draw a diagram like in solution one and label the points. Create lines

. We can call their intersection point

degrees. We can also find out that angle

and let their intersection be

is a cyclic quadrilateral.

Next, draw a line from point 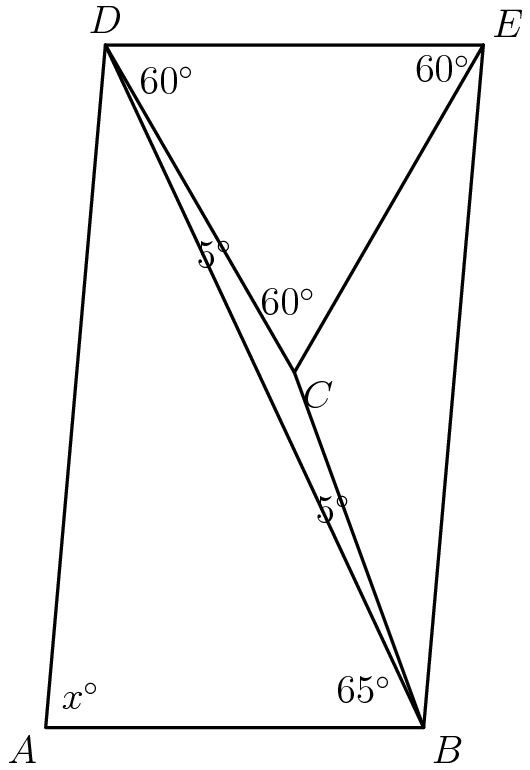 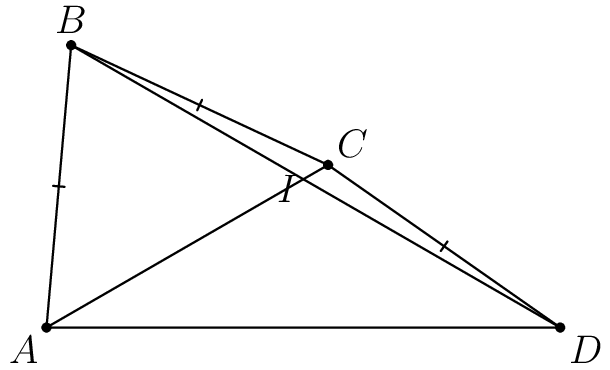 is the intersection of the two diagonals. The diagonals each form two isosceles triangles,

Using this, we find:

. Expanding on this, we can fill in a couple more angles.

By Rule of Sines on

In a more convenient form,

This equation is only satisfied by option

Note: I'm pretty bad at Asymptote, if anyone could edit this and fill in the angles into the diagram, that would be pretty cool.

Draw an accurate diagram and it looks like the angle is a bit less than 90, so answer is C. [img]https://i.imgur.com/YIafDgs.jpg[/img]

place A at the origin of a coordinate system, with D on the x-axis let angle BAD be

The y value of from B-A is

The angles for the vectors from B to C and C to D are angle_original-(180-angle_polygon) are because the external angle of the polygon is 180-external angle, which is subtracted from the angle since it heads that amount off from the original direction.

At this point if you are a human calculator feel free to to solve, otherwise we want to try and evaluate the right hand side into some nice expression (ideally cot of an angle).

since the expression still isn't simplified, notice that using the double angle identity on cosine can be used to cancel the 1, and

from solution 5 We now guess

and try to verify

Use equation from Solution 5:

If you refuse to guess work through the following algebra :D