Many Gothic cathedrals have windows with portions containing a ring of congruent circles that are circumscribed by a larger circle, In the figure shown, the number of smaller circles is four. What is the ratio of the sum of the areas of the four smaller circles to the area of the larger circle?

Draw some of the radii of the small circles as in the picture below. 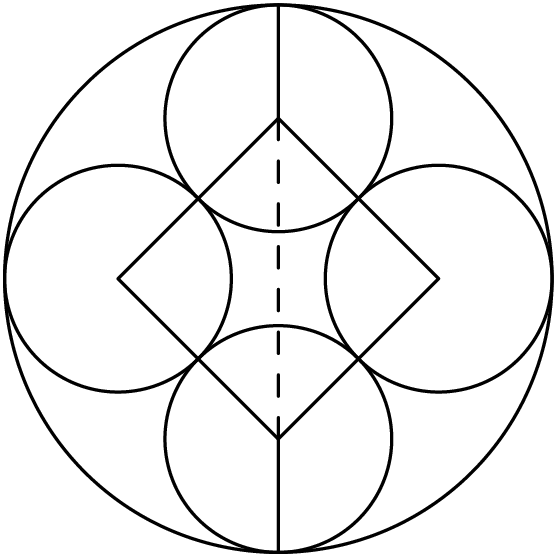 Out of symmetry, the quadrilateral in the center must be a square. Its side is

, and therefore its diagonal is

. We can now compute the length of the vertical diameter of the large circle as

Then the area of the large circle is

. The area of four small circles is

. Hence their ratio is: 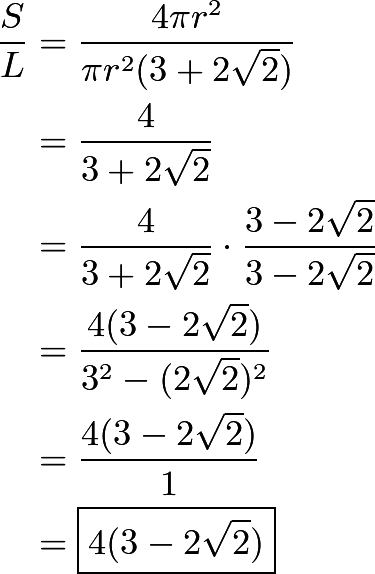 Thus, the radius is

The answer we desire is

Simplifying, we have that 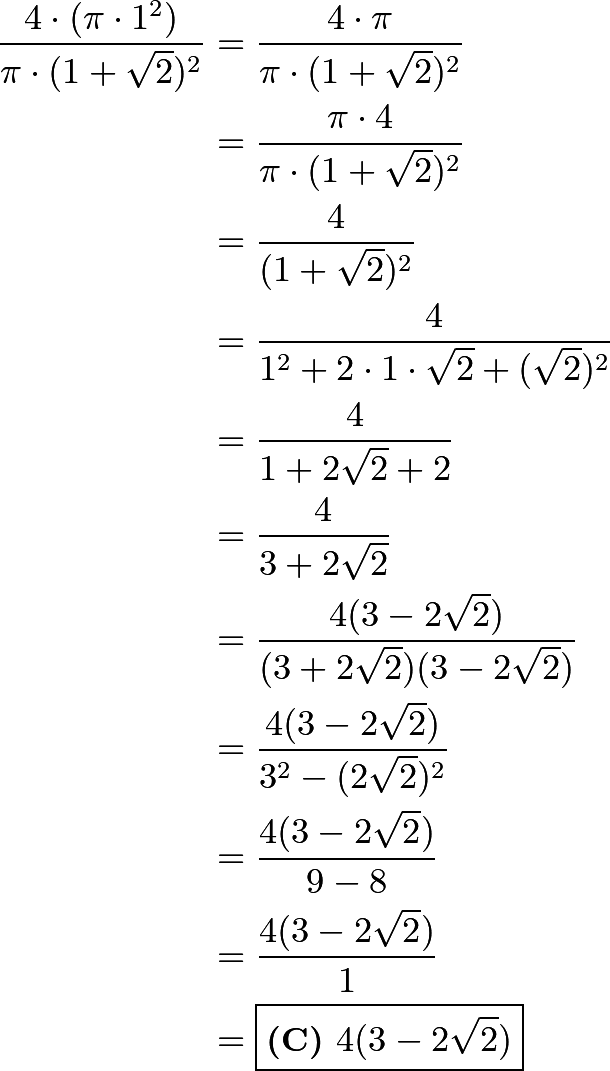