During AIME testing, the AoPS Wiki is in read-only mode. No edits can be made.
AoPS Wiki
Resources Aops Wiki 2009 AMC 12A Problems/Problem 20

denote the area of triangle

share a base, they also have the same height and thus 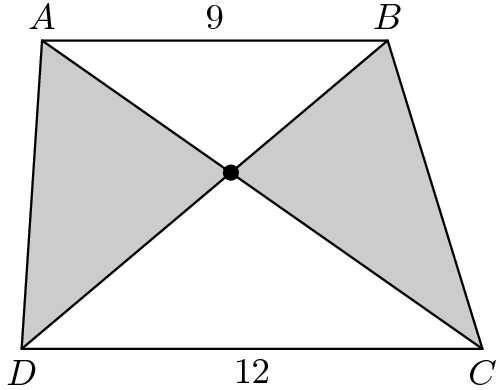 are similar. Their ratio is

The easiest way for the areas of the triangles to be equal would be if they were congruent [1]. A way for that to work would be if

were simply an isosceles trapezoid! Since

(look at the side lengths and you'll know why!),

and the fact that

They are similar triangles because common sense. The two triangles that are equal in area implies that

(which is obvious why). By AAA similarity,