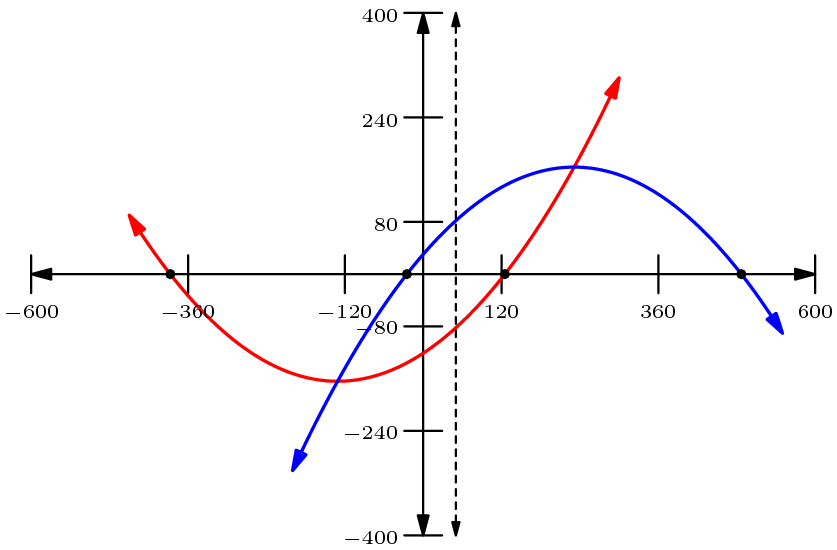 The two quadratics are

rotations of each other about

. Since we are only dealing with differences of roots, we can translate them to be symmetric about

. Say our translated versions of

be a root of

by symmetry. Note that since they each contain each other's vertex,

must be roots of alternating polynomials, so

is a root of

is half the sum of its roots, or

. We are told that the vertex of one quadratic lies on the other, so 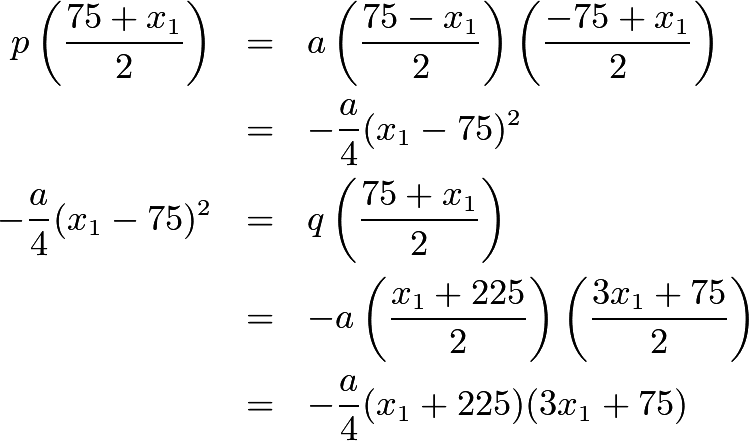 and divide through by

, since it will drastically simplify computations. We know

Actually it is not necessary to solve any quadratic equations, if one utilizes the two facts about the quadratic

) that (i) the difference of the two quadratic roots equals to

, and (ii) that the minimum value of a quadratic equals to

. Here is a possible adjustment to the solution:

Without loss of generality we may "shift"

units to the left, then the differences of

Again without loss of generality, we can assume

(Short argument is needed here instead of the lazy "wlog"). Also, the vertex of

, we have the following relationship of the roots: