For a real number

denote the greatest integer less than or equal to

denote the region in the coordinate plane consisting of points

is completely contained in a disk of radius

(a disk is the union of a circle and its interior). The minimum value of

The desired region consists of 12 boxes, whose lower-left corners are integers solutions of

Since the points themselves are symmetric about

, the boxes are symmetric about

to the furthest point on a box that lays on an axis, for instance

to the furthest point on a box in the middle of a quadrant, for instance

The latter is the larger, and is 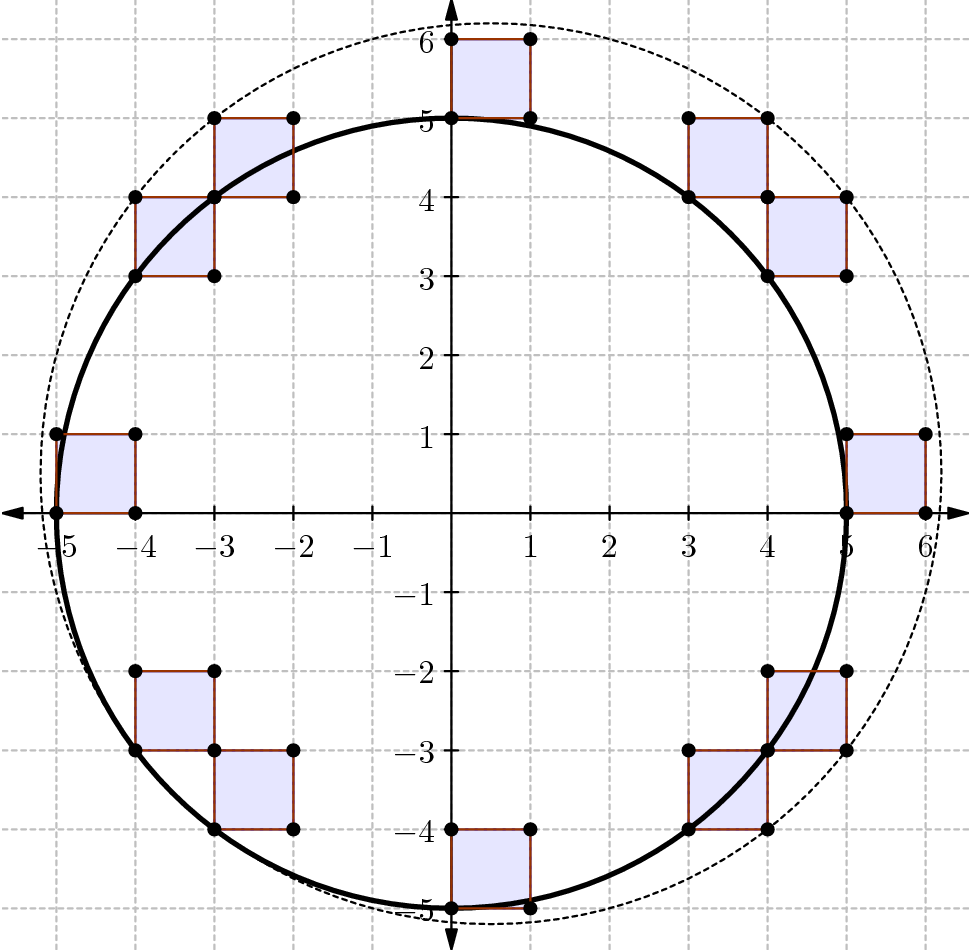