of his candies and then gave

candies to his brother. The next day he ate

of his remaining candies and then gave

candies to his sister. On the third day he ate his final

candies. How many candies did Casper have at the beginning?

represent the amount of candies Casper had at the beginning. 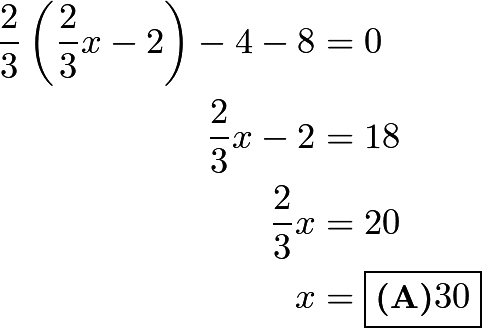 A solve by algebra is more secure and safe (and usually faster), but you can also test the answer choices. We are lucky and option A works