in the coordinate plane, let

denote the line passing through

. Consider the set of triangles with vertices of the form

, such that the intersections of the lines

. Find the locus of the center of

ranges over all such triangles.

Note that the lines

respectively. It is easy to deduce that the three points of intersection are

The slopes of each side of this equilateral triangle are

and we want to find the locus of

. Then note that the slope - that is, the imaginary part divided by the real part - of all

is constant, say it is 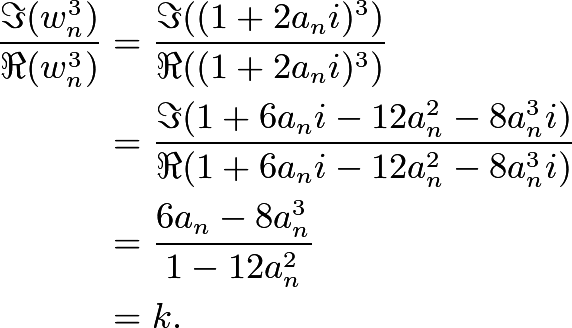 Rearranging, we get that

Note that this is a cubic, and the roots are

which are all distinct, and so there are no other roots. Using Vieta's, we get that

Obviously all values of

are possible, and so our answer is the line

Note that all the points

belong to the parabola

which we will denote

. This parabola has a focus

which we will denote

. We will prove that the desired locus is

First note that for any point

is the tangent line to

. If you don't like calculus, you can also verify that

and does not intersect

at any point besides

. Now for any point

. Then by the definition of parabolas,

is any other point on

is a leg and so

is exactly the tangent line to

We need another lemma before we proceed. Lemma 2: If

, then the reflections of

Proof of Lemma 2: Say the reflections of

, and the reflections of

. Then we angle chase

is the measure of minor arc

are collinear it follows that

are collinear. Similarly, the reflection of

also lies on this line, and so the claim is proved.

are three points of

are collinear. By Lemma 1, we know that

are the feet of the altitudes from

. Therefore by the Simson Line Theorem,

, then by Lemma 2, it follows that

. It follows that the locus described in the problem is a subset of

Since we claim that the locus described in the problem is

, we still need to show that for any choice of

there exists an equilateral triangle with center

is any point on

and let the circle centered at

is one of the intersections of

, and construct the ray through

on the same halfplane of

that makes an angle of

. By the inscribed angles theorem, it follows that

be the point diametrically opposite to

right triangle and so

and by the inscribed angles theorem,

is and equilateral triangle with center

By Lemma 2, it follows that the reflections of

. Then by the definitions of

. Therefore the intersections of

form an equilateral triangle with center

, which finishes the proof. --Killbilledtoucan

Note that the lines

respectively. It is easy to deduce that the three points of intersection are

The slopes of each side of this equilateral triangle are

and we want to find the locus of

Therefore, we can use the tangent addition formula to deduce

Now we show that

can be any real number. Let's say

for some real number

and rearranging yields a cubic in

Clearly this cubic has at least one real solution. As

can take on any real number, all values of

are possible, and our answer is the line

Of course, as the denominator could equal 0, we must check

The left side is nonzero, while the right side is zero, so these values of

do not contribute to any values of

So, our answer remains the same. 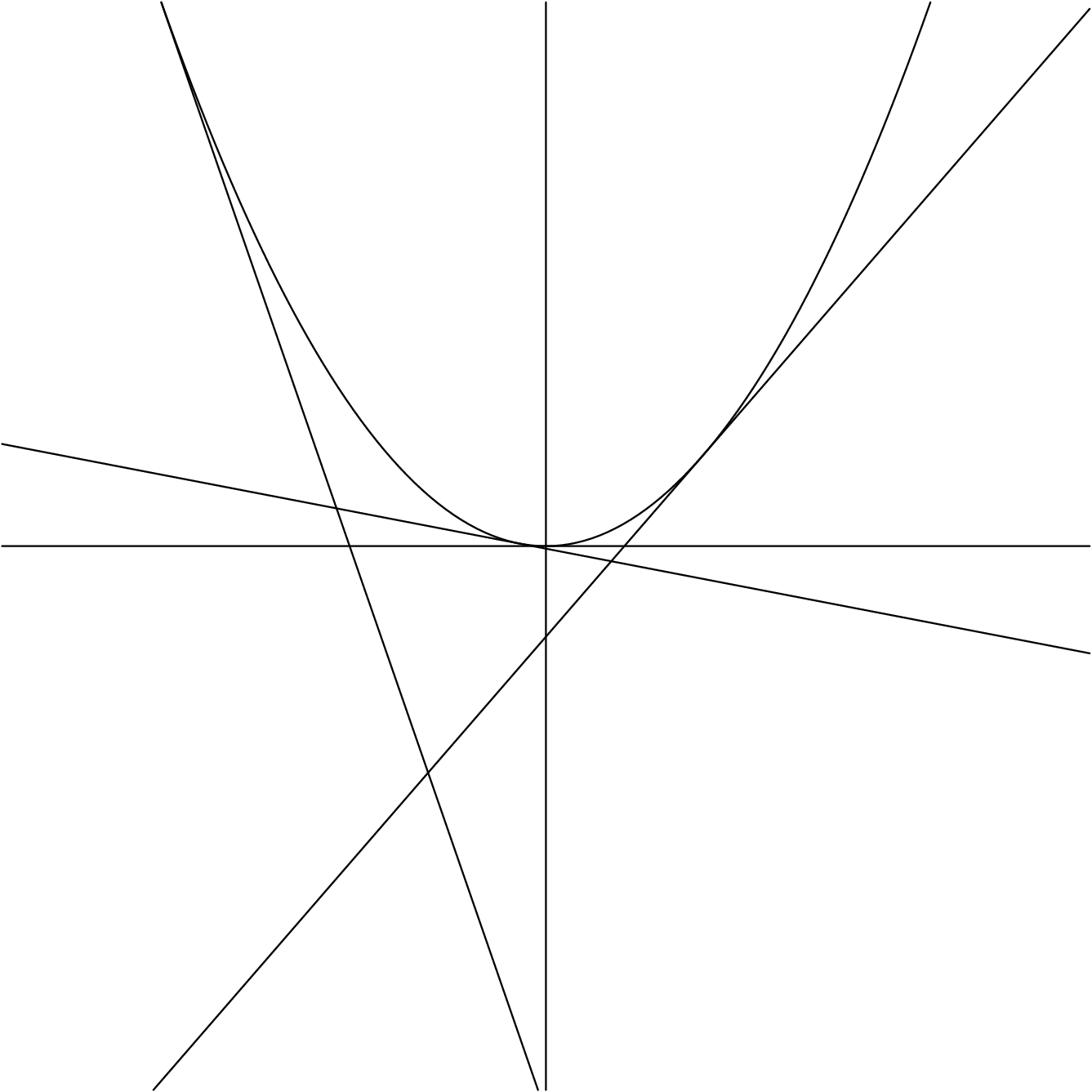 It can be easily shown that the center of

Without loss of generality, let

is the (directed) angle from the x-axis to

. Remember that the range of

Taking the tangent of both sides of each equation and rearranging, we get

We add these equations to get

So, the y-coordinate of

We will prove that the x-coordinate of

can be any real number. If

tends to infinity, then

can be arbitrarily large. Similarly, if we let

tend to negative infinity, then

can be arbitrarily small. Since

is continuous, it can take any real value. So, the locus is the line