denote the circumcircles of triangles

, respectively. Given the fact that segment 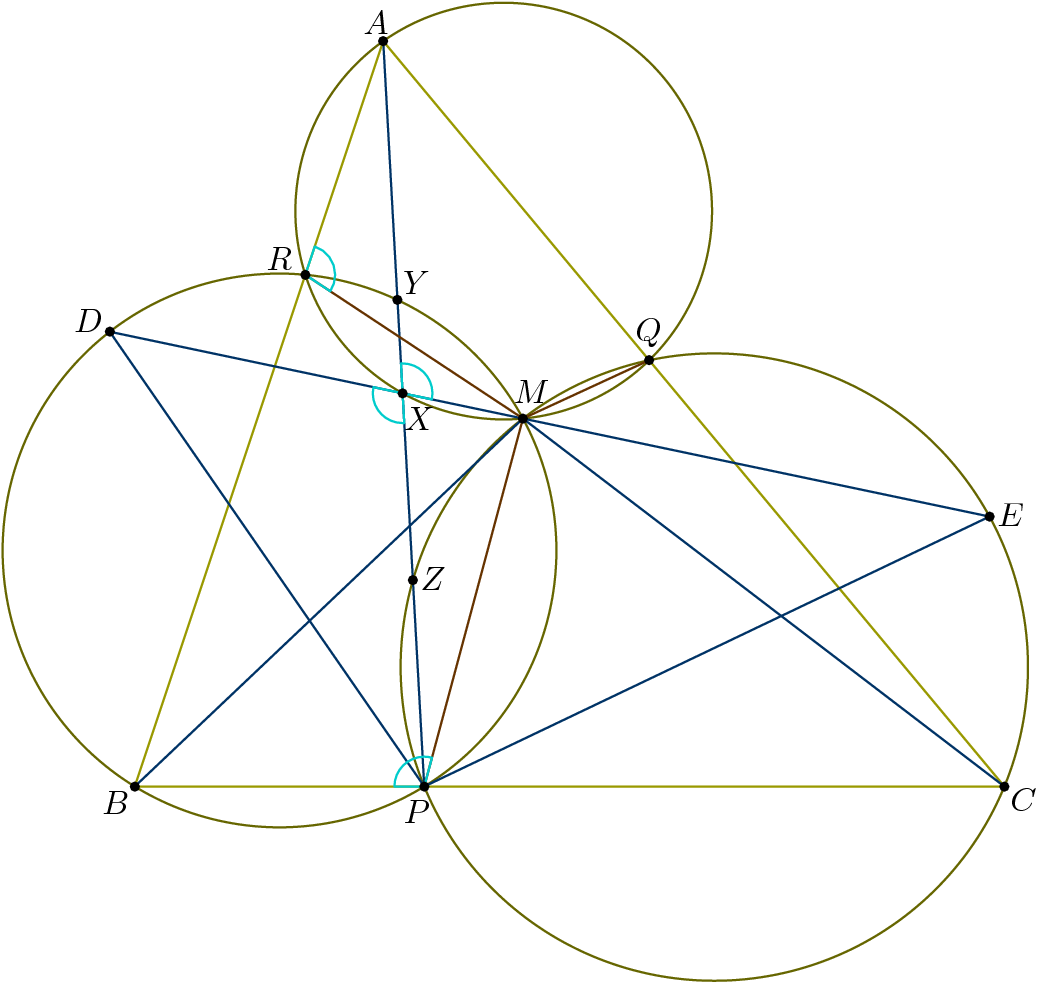 In this solution, all lengths and angles are directed.

Firstly, it is easy to see by that

, respectively. Then by Power of a Point, we have

But we claim that

. Analogously we find that

Diagram Refer to the Diagram link.

By Miquel's Theorem, there exists a point at which

intersect. We denote this point by

In addition, we have

Now, by the Ratio Lemma, we have

(by the Law of Sines in

(by the Law of Sines in

by the Ratio Lemma. The proof is complete.

Now, it follows that (now not using directed angles)

using the facts that

are similar triangles, and that

equals twice the circumradius of the circumcircle of

We will use some construction arguments to solve the problem. Let

We construct lines through the points

respectively, and that intersect each other at

We will construct these lines such that

Now we let the intersections of

respectively. This construction is as follows. 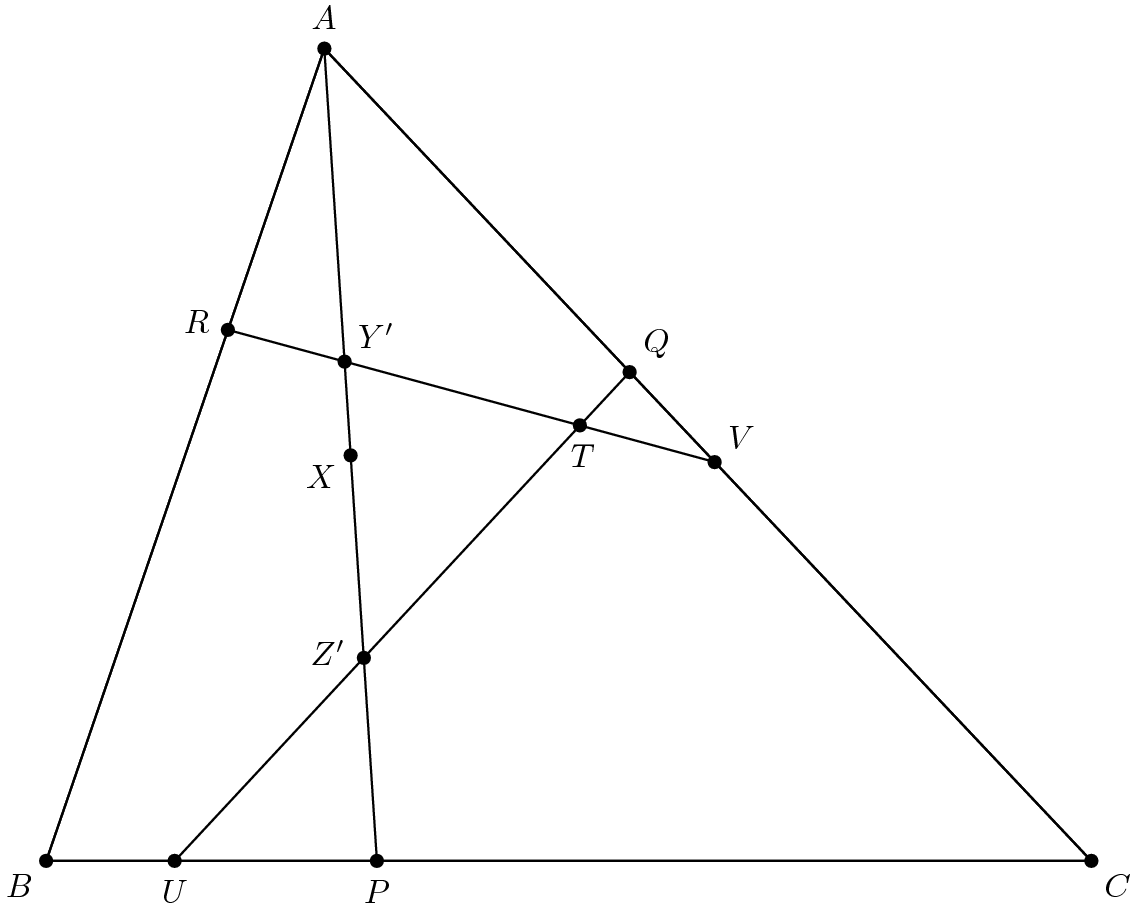 Since the opposite angles of quadrilateral

it must be cyclic. Similarly, we can also show that quadrilaterals

coincide with the given points

is also cyclic, we have,

are also cyclic, we have,

Since these three angles are of

and they are equal to corresponding angles of

by AA similarity, we know that

We now consider the point

We know that the points

are concyclic. Hence, the points 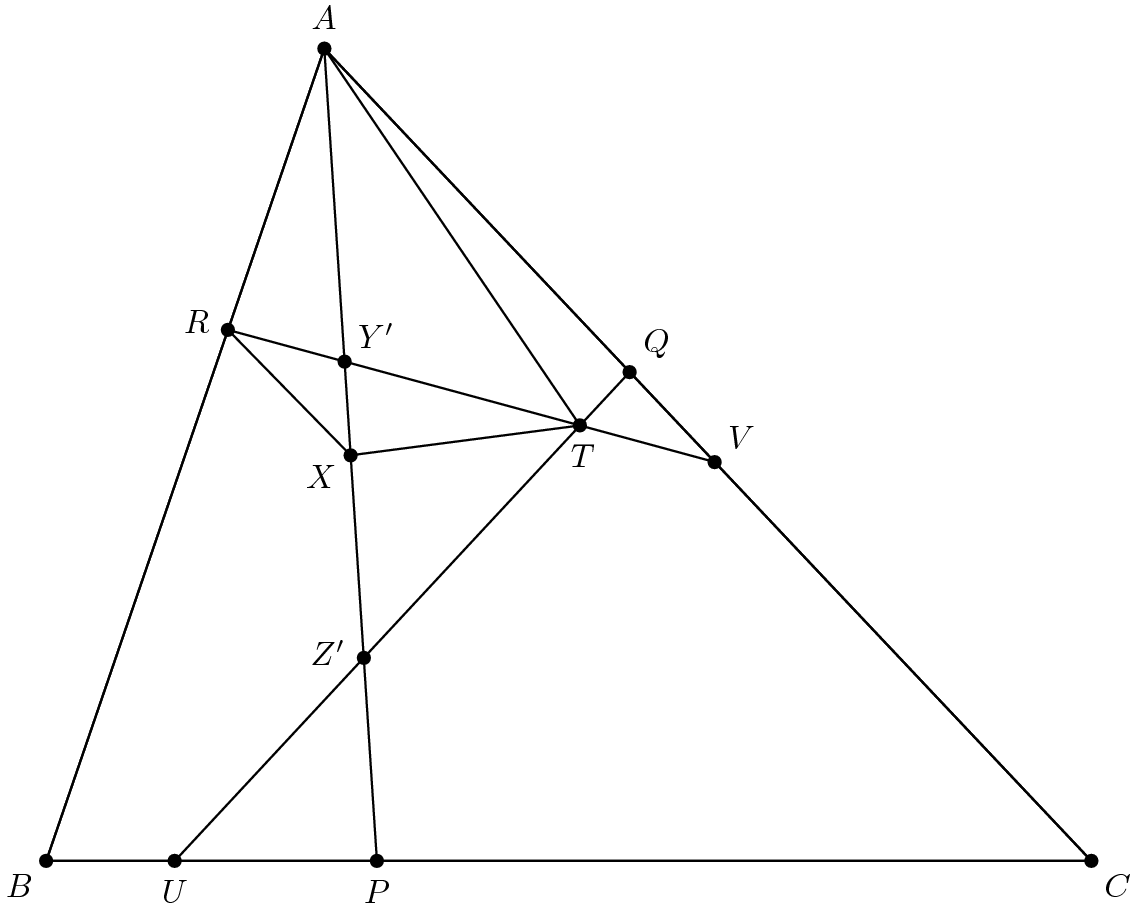 are inscribed in the same arc

Consider by this result, we can deduce that the homothety that maps

Hence, we have that,