be the midpoint of segment

is a parallelogram and

. We can then use coordinates. Let

as the origin. Now we notice special right triangles! In particular,

and the slope of

Instead of finding the equation of the line, we use the definition of slope: for every

to the left, we go 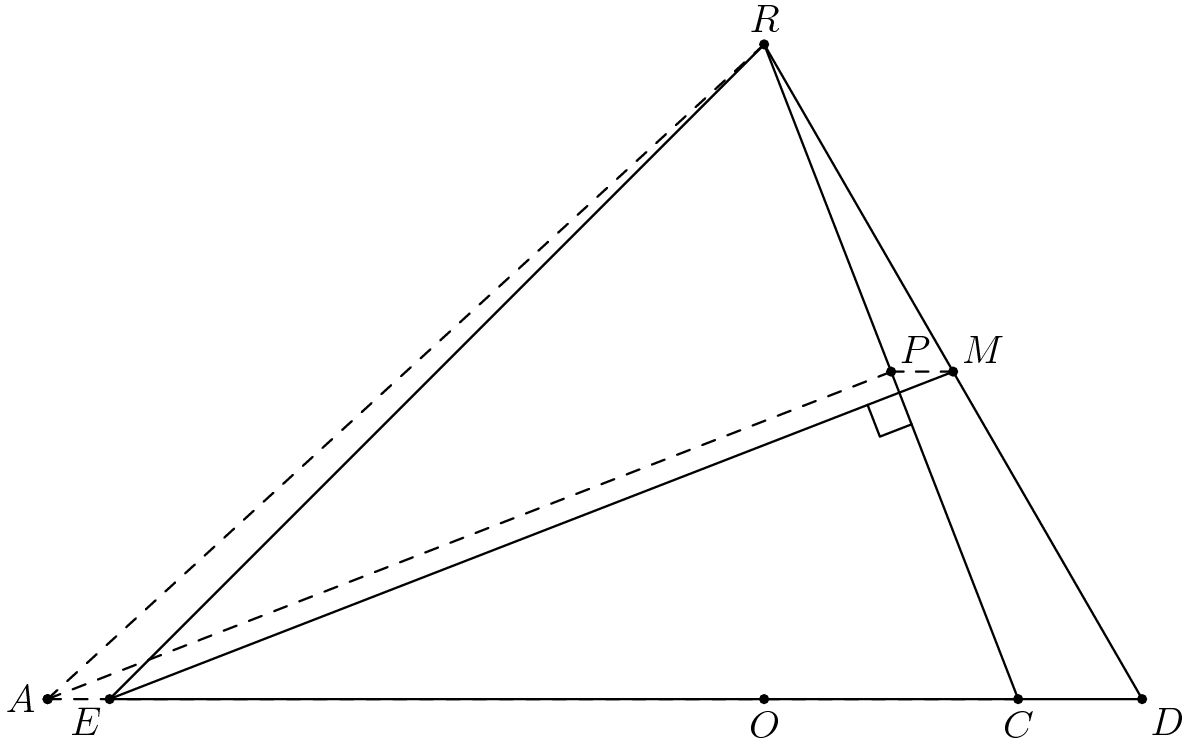 , because of the parallel segments

Now we just have to calculate

. Using the Law of Sines, or perhaps using altitude

Using Law of Sine in

We got the three sides of

. Now using the Law of Cosines on

. There we can equate

and solve for it. We got

. Then rationalize the denominator, we get

, and by midpoint theorem

is a parallelogram and therefore 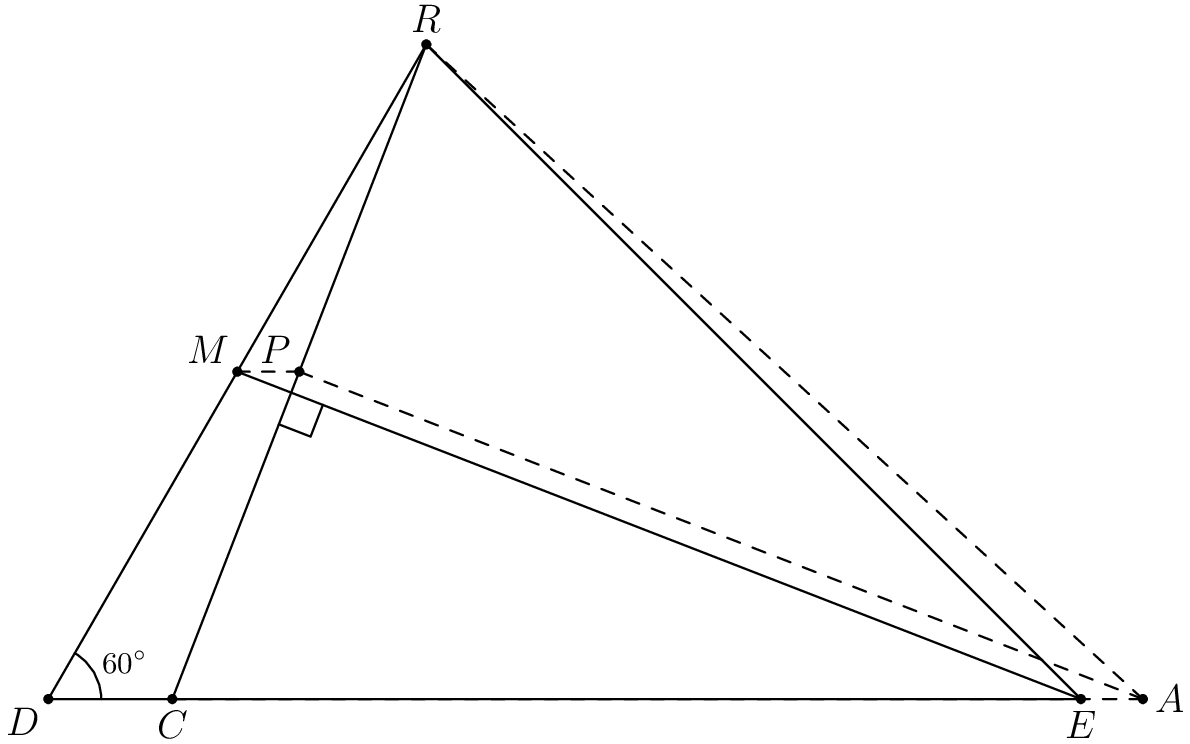 We can now use coordinates with

(in the end we will scale down by

to find the coordinates

, it follows that slope