lie on the same side of line 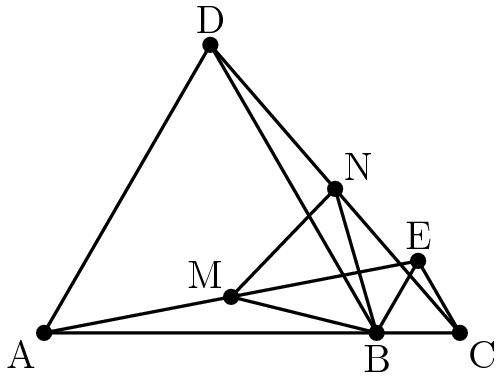 be the origin, so

Applying the Shoelace Theorem to triangle

From this, it is clear that a

Calculating the area of

. Our final answer is

Admittedly, this is much more tedious than the coordinate solutions.

One way is to show that

are related by a spiral similarity centered at

The other way is to use the Mean Geometry Theorem. Note that

are similar and have the same orientation. Note that

, so these are also unweighted averages.) Thus, by the Mean Geometry Theorem,

is similar to both

Note: A much easier way to go about finding

without having to use Stewart's Theorem is to simply drop the altitudes from M and E to AC, thus hitting AC at points X and Y. Then clearly AEY and AMX are similar with ratio 2. But we know that 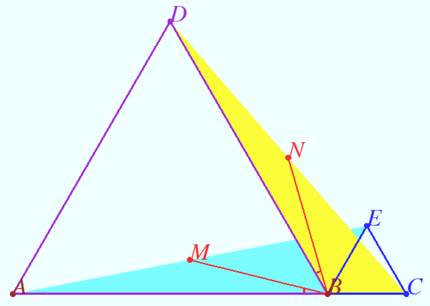 Medians are equal, so

is the median of