, is inscribed in the circle

be a variable point on the arc

that does not contain

varies, the circumcircle of triangle

passes through a fixed point. 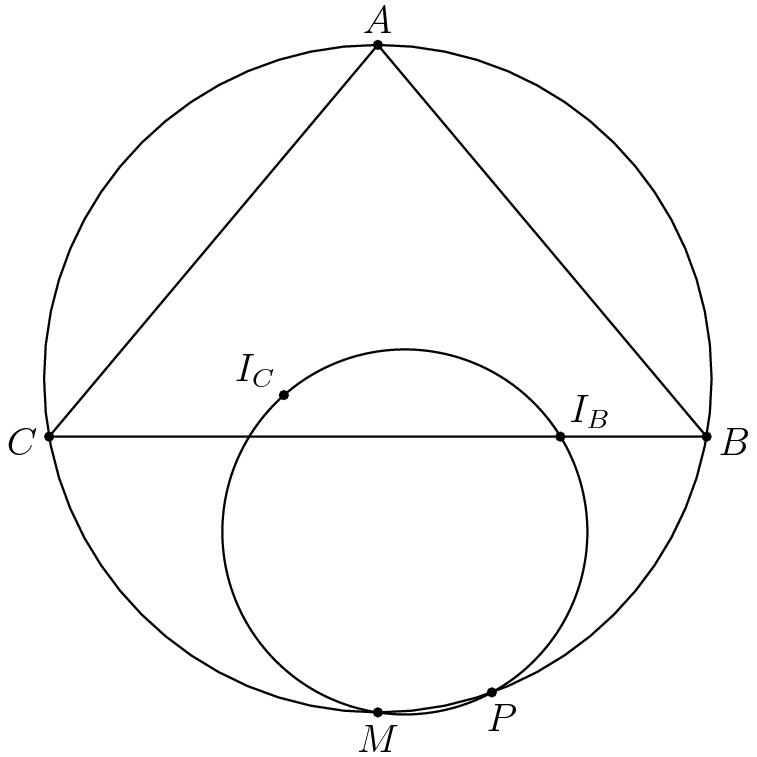 ) is the fixed point. We would like to show that

again at R. We extend

We invert around a circle centered at

(for convenience). (I will denote X' as the reflection of X for all the points) The problem then becomes: Prove

Now we look at triangle

. We apply Menelaus (the version where all three points lie outside the triangle). It suffices to show that

By inversion, we know

is the angle bisector. We also know

are symmetric with respect to

Thus, it suffices to show

. This is obvious because

. Therefore we are done.

We will use complex numbers as mentioned here. Set the circumcircle of

to be the unit circle. Let

We claim that the circumcircle of

This is true if

is real. Now observe that

is real and we are done. 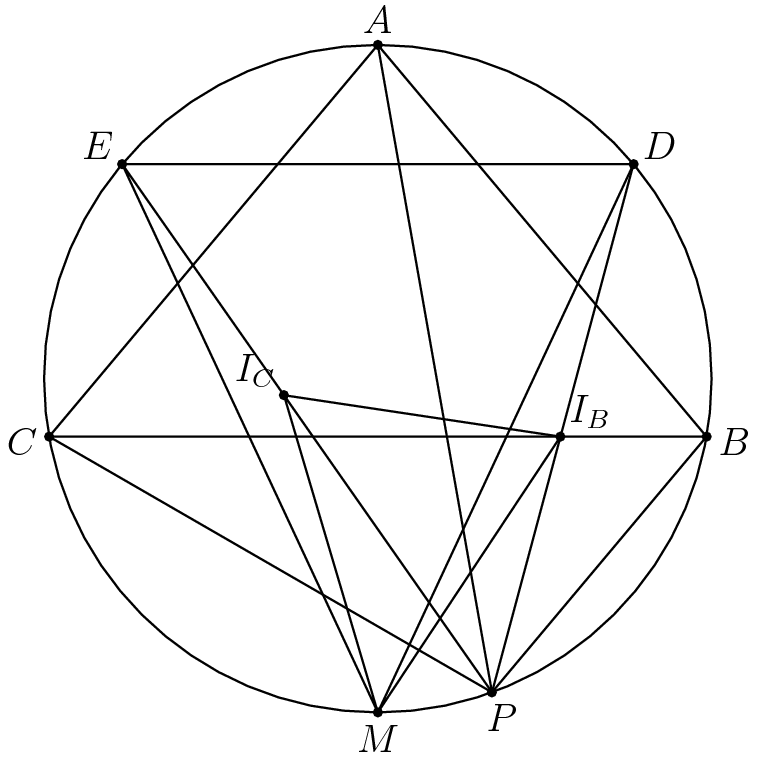 is cyclic. (Intuition: we'll show that

is the Miquel's point of quadrilateral

is the center of the circle

is also on the same circle). Therefore

is cyclic and we are done.