be an equilateral triangle and let

be a point on its circumcircle. Let lines

. Prove that the area of triangle

is twice that of triangle 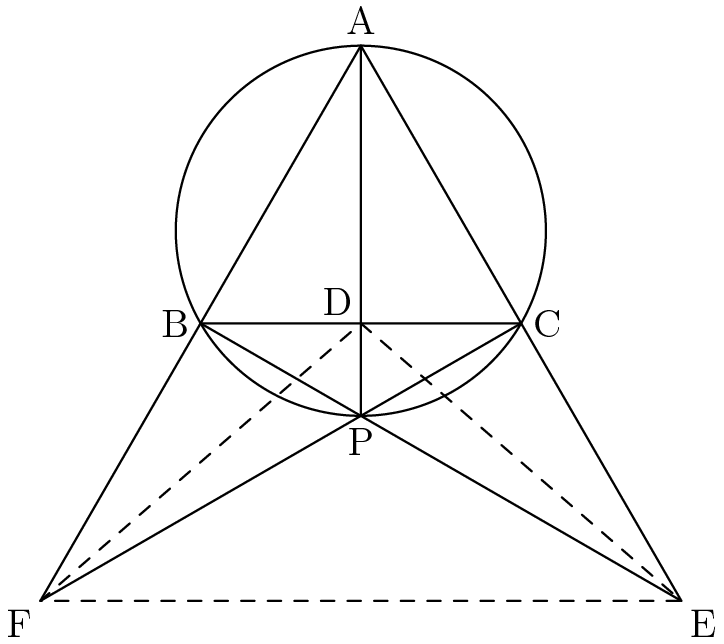 Solving and simplifying using LoC on

. Then by an area/concurrence theorem, we have that

Thus we have that

. After some angle chasing, we find that

. This lemma results directly from the fact that

However, after some angle chasing and by the Law of Sines in

, which implies the result.

By the area lemma, we have

. Thus, it suffices to show that

. Rearranging, we find this to be equivalent to

, which is Lemma 3, so the result has been proven.

We will use barycentric coordinates and vectors. Let

be the position vector of a point

in barycentric coordinates denotes the point

For all points in the plane of

This, along with the condition

inherent to barycentric coordinates, gives us

We can write the equations of the following lines:

We can then solve for the points

The area of an arbitrary triangle

we wish to compute

After a lot of computation, we obtain the following:

We thus conclude that:

From this, it follows that 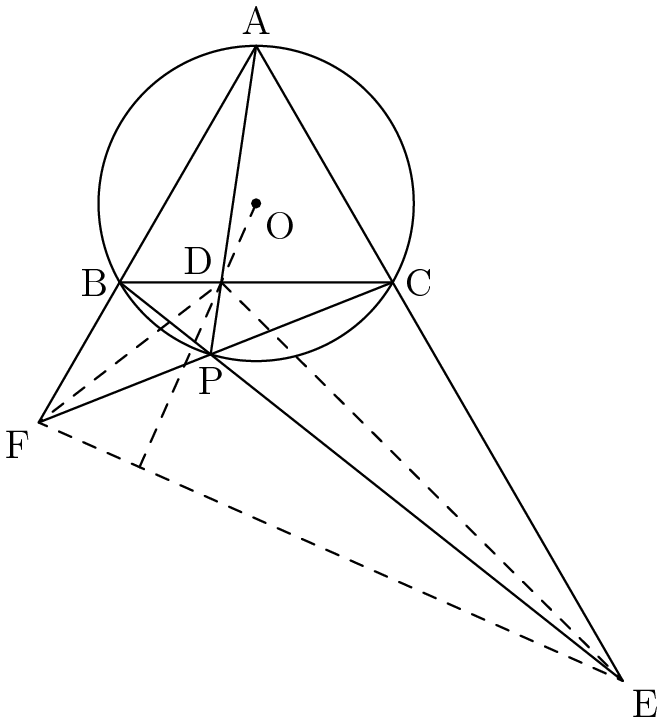 We'll use coordinates and shoelace. Let the origin be the midpoint of

is the polar of

. Therefore, the slope of

, we get the x-coordinate of

Solution 4 Without the nasty computations

. We will use a special version of Stewart's theorem for angle bisectors in triangle with an 120 angle to calculate various side lengths.

. Then, From Law of Cosine,

Lemma 1: In Triangle ABC with side lengths

, the length of the angle bisector of

This can be easily proved with Stewart's and Law of Cosine.

Using Lemma 1, we have