be the circumcenter and the orthocenter of an acute triangle

intersects the circumcircle of triangle

It's well known that the reflection of

is just the reflection of

, which is equivalent to the reflection of

is the midpoint of minor arc

are collinear in that order. It suffices to show that

. So, it suffices to show that

Therefore, it suffices to show that

But it is easy to show that 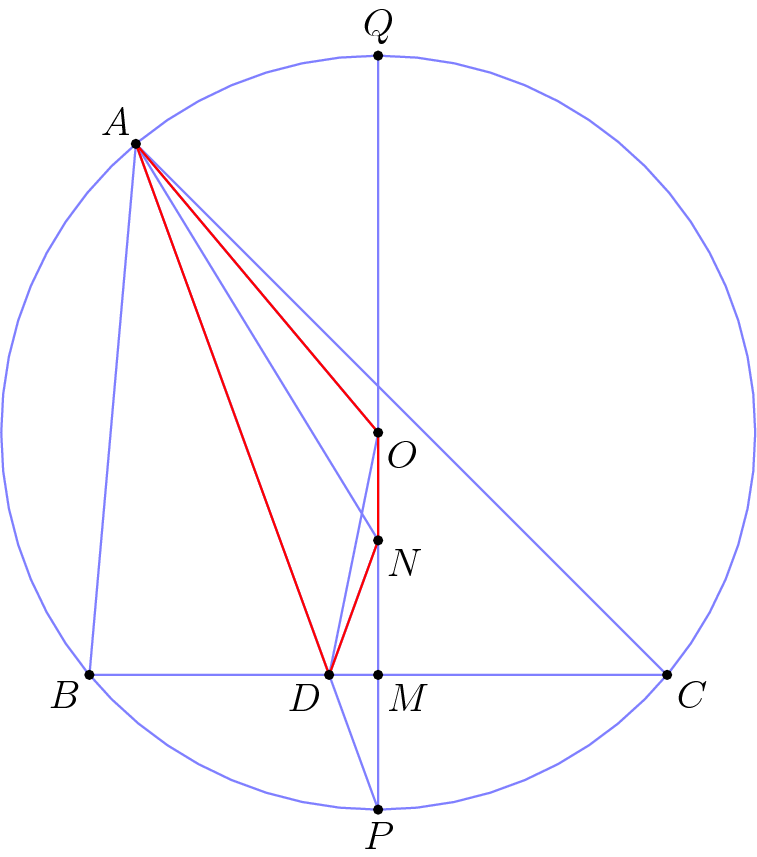 intersects the circumcircle of

, and let the foot of the A-altitude of

. These two angles are on different circles and have the same measure, but they point to the same line

! Hence, the two circles must be congruent. (This is also a well-known result)

is also perpendicular to

, so the two lines are parallel.

is a transversal, so

. We wish to prove that

intersects the circumcircle of

must be the midpoint of

is an angle bisector, it must also hit the circle at the point

. The two circles are congruent, which implies

NDP is isosceles. Angle ADN is an exterior angle, so

Opposite angles sum to

is cyclic, and the condition is proved.