be the midpoints of segments

respectively. What is the degree measure of the acute angle formed by lines 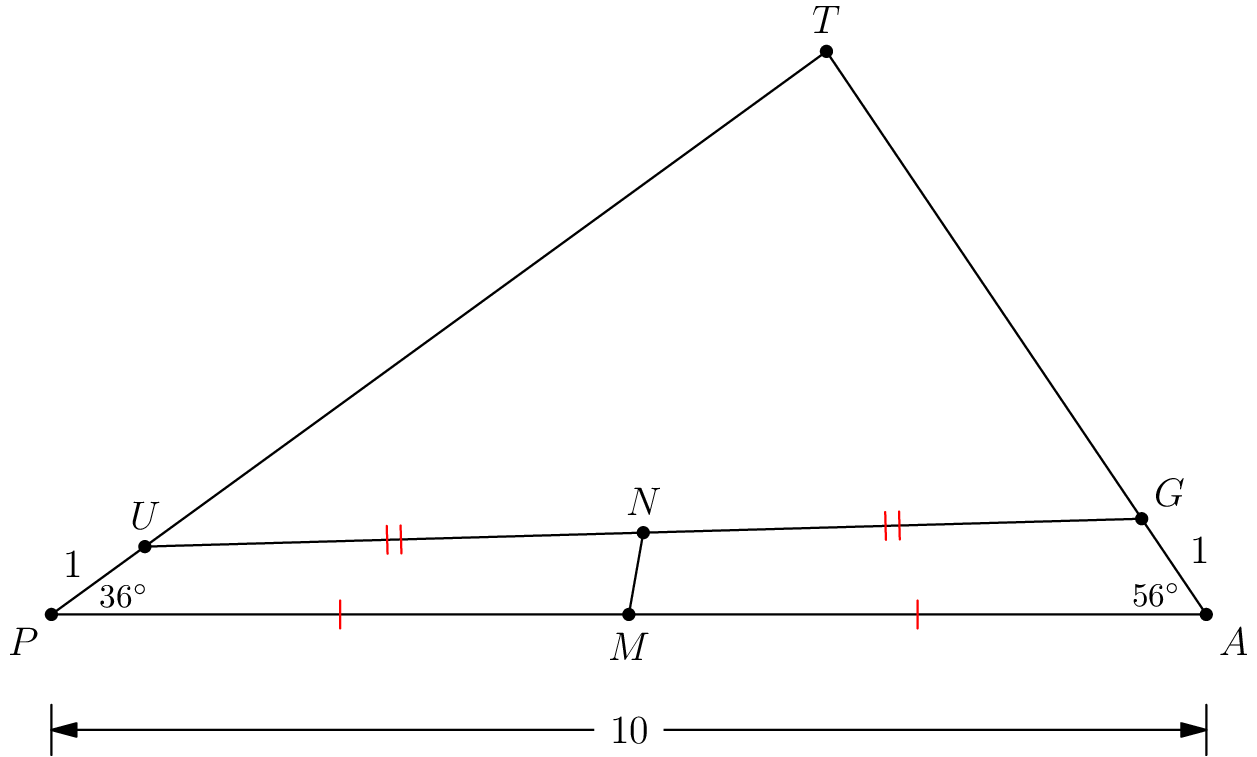 be the origin, and

-coordinates of the two points.

Now, using sum to product identities, we have this equal to

Note: Though this solution is excellent, setting

We will refer to the Diagram section. In this solution, all angle measures are in degrees. 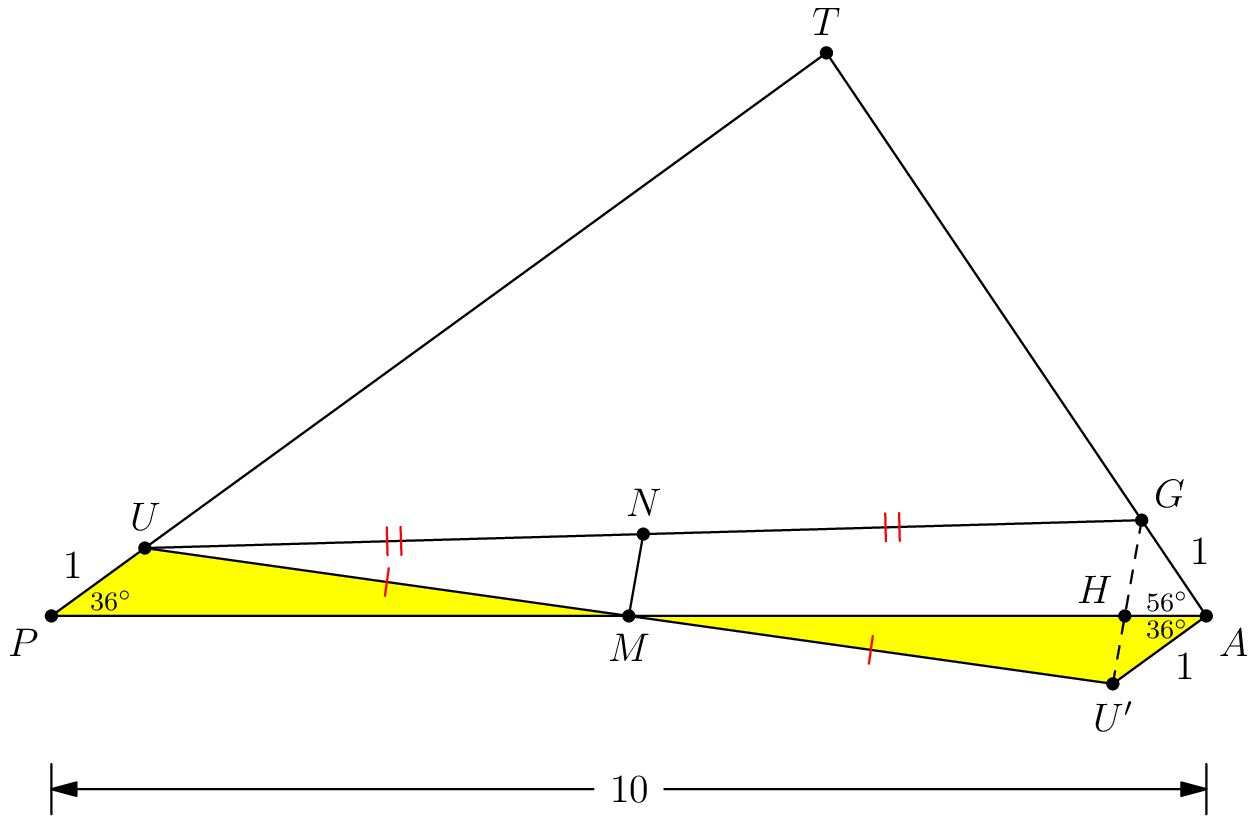 by SAS, from which

By the Converse of the Corresponding Angles Postulate, we deduce that

by the Corresponding Angles Postulate.

Since we are asked for the acute angle between the two lines, the answer to this problem is

Let the mid-point of

and the mid-point of

. Similarly, we can conclude that

, we can find the value of

, which is equal to

, we can infer that

. As we are required to give the acute angle formed, the final answer would be

Let the bisector of

is parallel to this angle bisector, meaning that the acute angle formed by

meaning that the answer is

are the points on

(The points given in this problem correspond to

but the idea we're getting at is that

will ultimately not matter.) Since

the locus of all points

must be a line. Notice that

lies on this line. Let

be the intersection of this line with

(we know that this line will intersect

the line containing all points

must be parallel to

This concludes the proof.

The critical insight to finding this solution is that the length

probably shouldn't matter because a length ratio of

(as in the problem) is exceedingly unlikely to generate nice angles. This realization then motivates the idea of looking at all points similar to

which then leads to looking at the most convenient such point (in this case, the one that lies on

Shoutout to Richard Yi and Mark Kong for working with me to discover the necessary insights to this problem!

, the midpoint of major arc

is the Miquel Point of

is the midpoint of the major arc, it lies on the perpendicular bisector of

. Since we want the acute angle, we have

For another way to find

is parallel to the angle bisector of

The argument of the average of any two unit vectors is average of the arguments of the two vectors. Thereby, the acute angle formed is

~Professor-Mom (all credit for this amazing solution goes to V_Enhance)