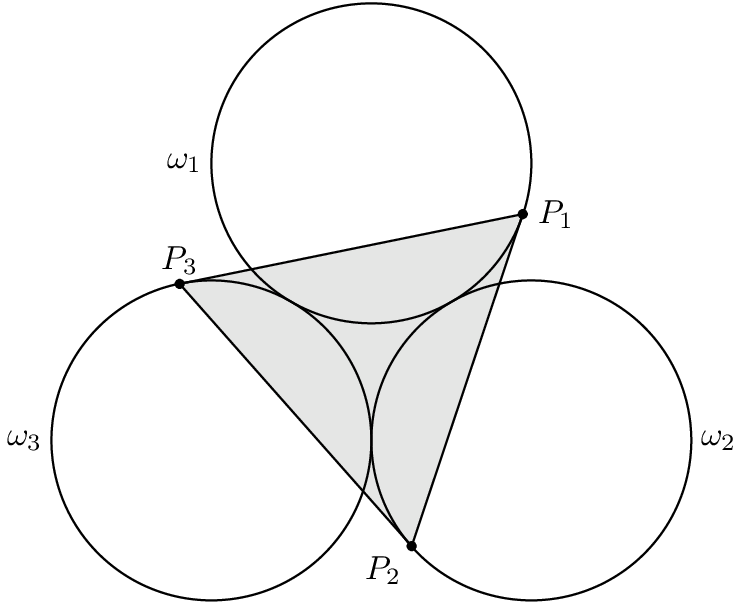 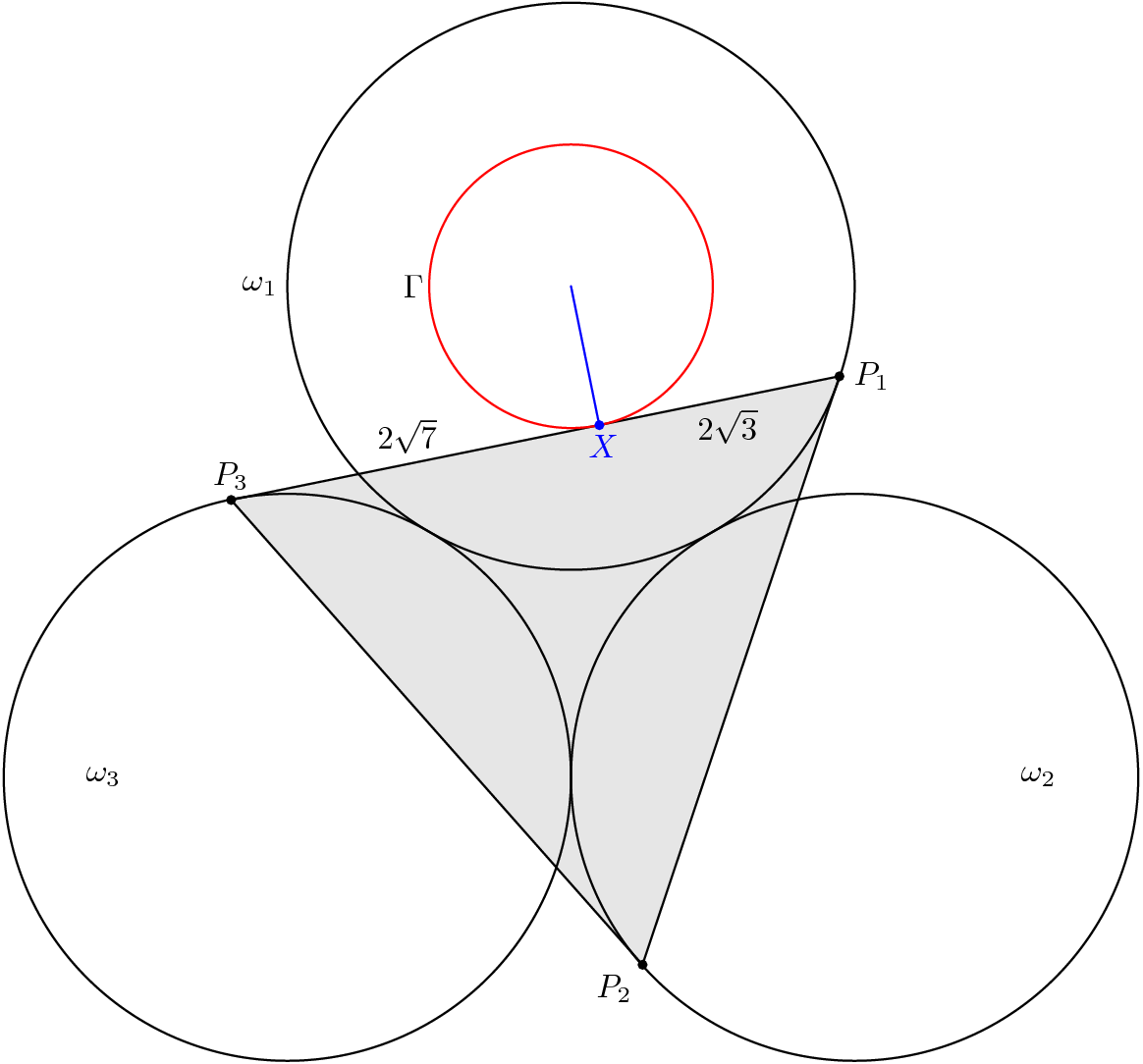 This seems like a coordinate bashable problem. To do this, we notice that it is easier to graph the equilateral triangle first, then the circles, rather than the other way around. Let's forget the lengths of the radius for a moment and focus instead on the ratio of the circles' radius to