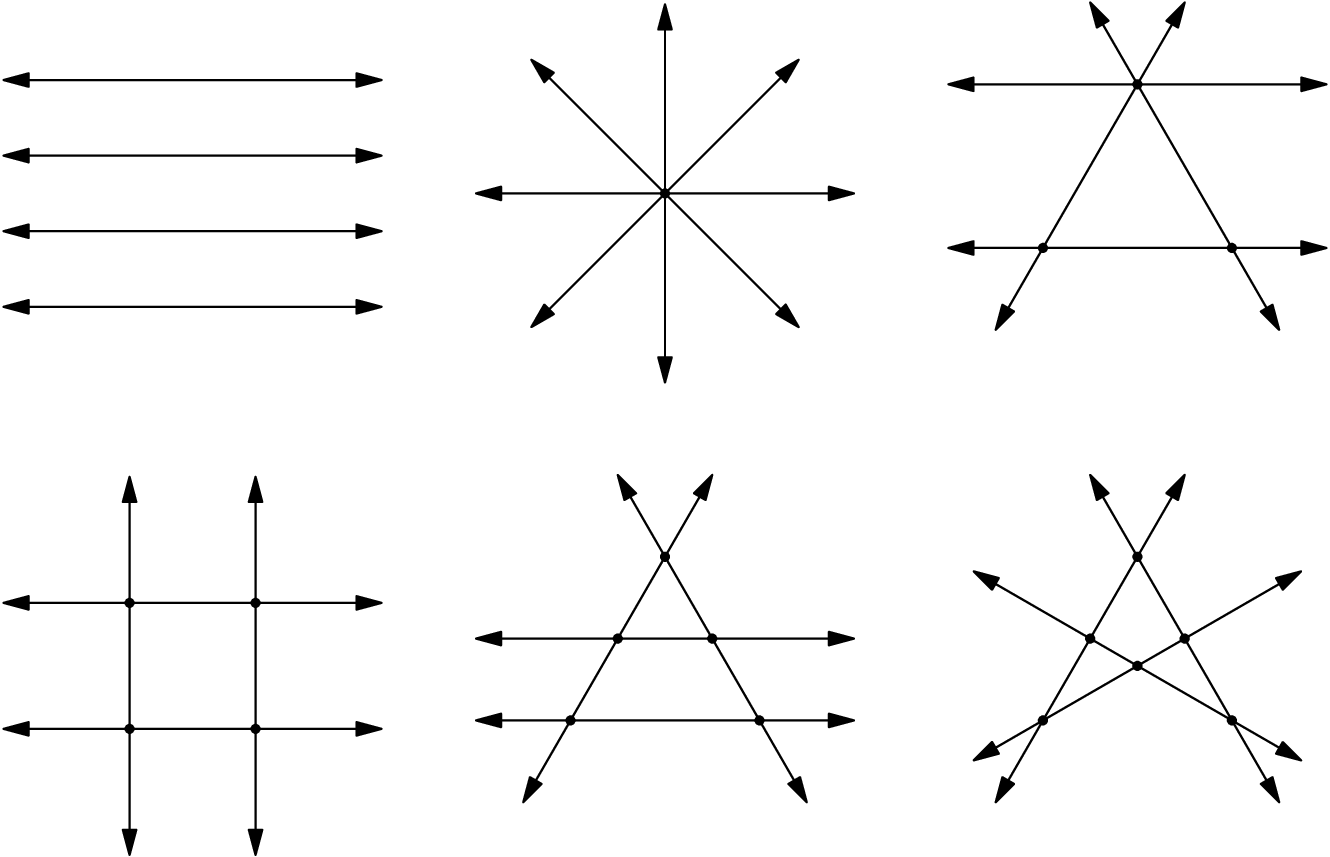 . Then, since there can be no additional intersections, the 2 lines that pass through

cant intersect the 2 lines that pass through

, and so 2 lines passing through

must be parallel to 2 lines passing through

~Education, the Study of Everything