be an acute scalene triangle with circumcircle 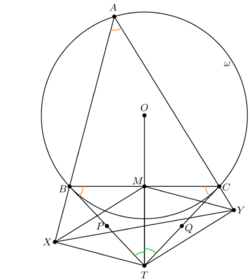 , and the cosine law in

) be the midpoint of

) is the center of

while Pythagoras' theorem in

and substitute into the equation about

to obtain the result

is a parallelogram, which is an important theorem in Olympiad, and there are some other ways of computation under this observation.)

. The critical claim is that

, which has the circle with diameter

as its circumcircle. To see this, note that because

is cyclic, it follows that 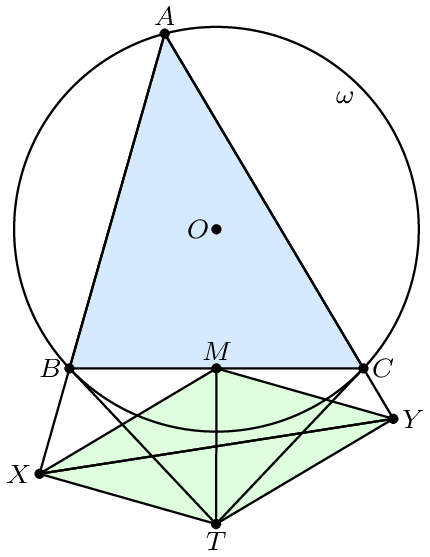 Hence, by the Parallelogram Law,

is indeed the same as

and this implies that

is a paralelogram. By the Law of Cosines:

We add all these equations to get:

using our midpoints. Note that

, so by the Pythagorean Theorem, it follows that

. We were also given that

, which we multiply by 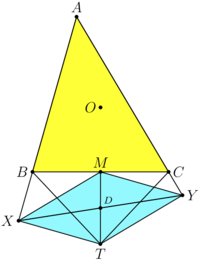 Using the Claim (below) we get

The formula for median 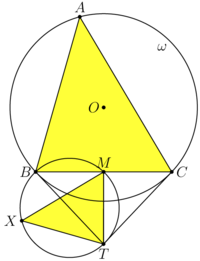 be an acute scalene triangle with circumcircle

. Let M be midpoint BC. Then triangle ABC is similar to triangle XTM.