Three balls are randomly and independantly tossed into bins numbered with the positive integers so that for each ball, the probability that it is tossed into bin

More than one ball is allowed in each bin. The probability that the balls end up evenly spaced in distinct bins is

are relatively prime positive integers. (For example, the balls are evenly spaced if they are tossed into bins

Suppose the middle bin in the sequence is

different possibilities for the first bin, and these two bins uniquely determine the final bin. Now, the probability that these

bins are chosen is

is the middle bin is

As in solution 1, note that "evenly spaced" means the bins are in arithmetic sequence. We let the first bin be

and the common difference be

. Further note that each

pair uniquely determines a set of

because the leftmost bin in the sequence can be any bin, and

, because the bins must be distinct.

This gives us the following sum for the probability: 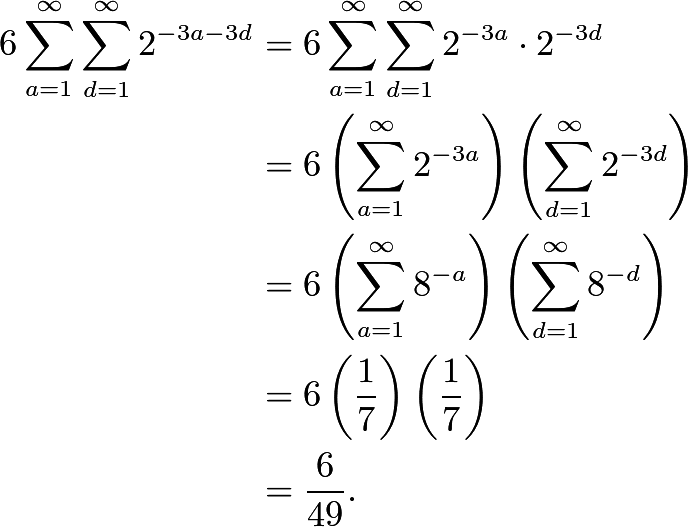 This is a slightly messier variant of solution 2. If the first ball is in bin

and the second ball is in bin

, then the third ball is in bin

. Thus the probability is 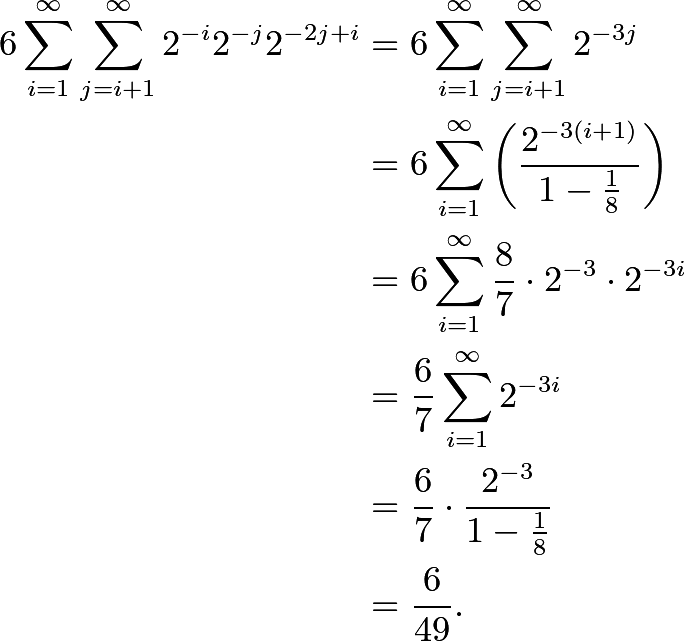 Based on the value of

we construct the following table: 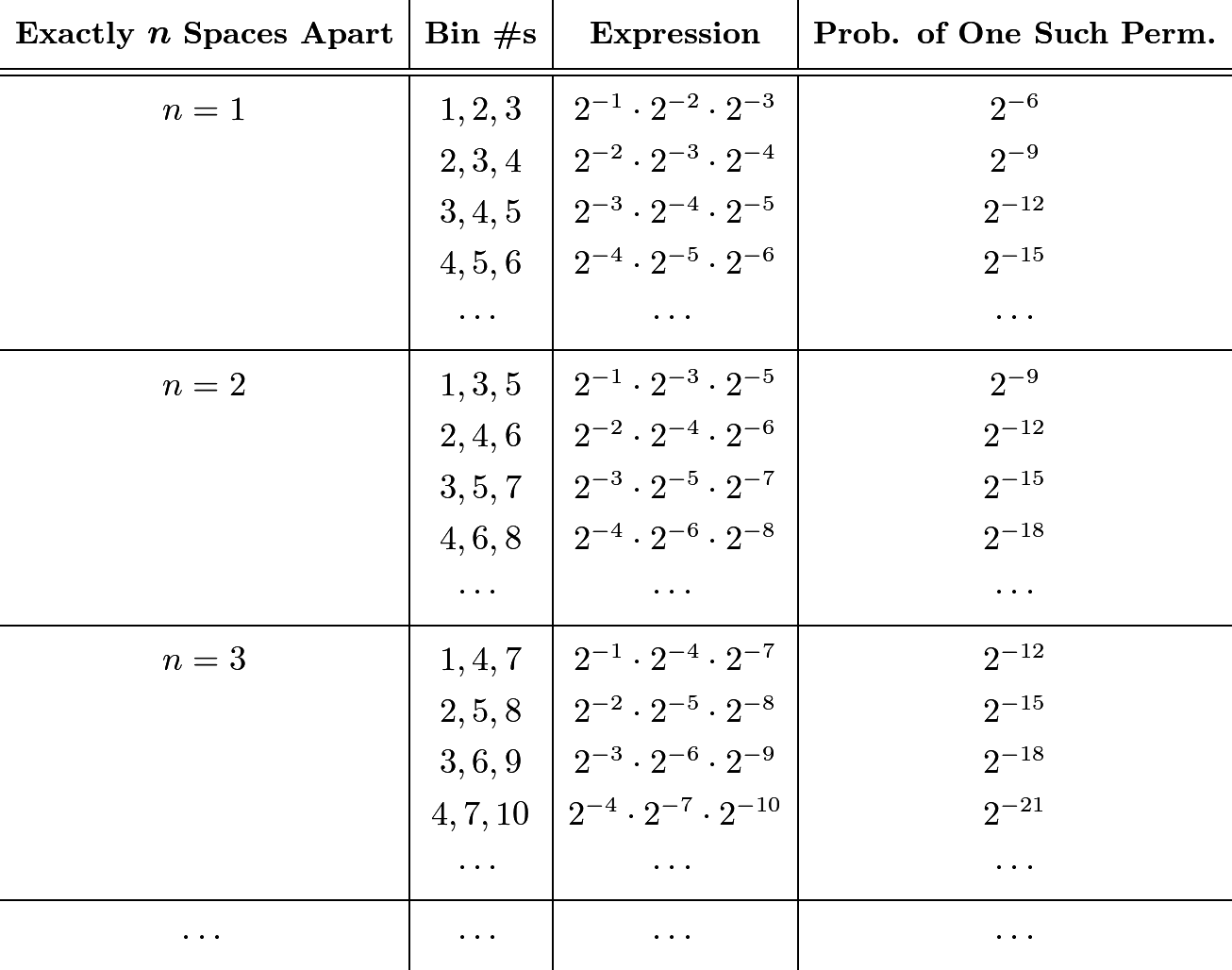 Since three balls have

permutations, the requested probability is

by infinite geometric series, from which the answer is