be a circle with centre

a convex quadrilateral such that each of the segments

be the circumcircle of the triangle

, and the extension of

be the centre of

the result follows simply. By Pitot's Theorem we have

The configuration becomes symmetric about

and the result follows immediately.

in the minor arc

in the minor arc

is the incenter of quadrilateral

is the angular bisector of

and now it suffices to prove

be the tangency points of

respectively. Then by tangents we have,

. So it suffices to prove,

is a circle centred at

are reflections of each other. Hence

By a similar argument on the reflection of

tangents to the circle

tangents to the same circle at

. We can get that

Same reason, we can get that

We can find that

separately, we can create two pairs of congruent triangles. In

, same reason, we can get that

. Now the only thing left is that we have to prove

we can subtract and get that

and we are done ~bluesoul 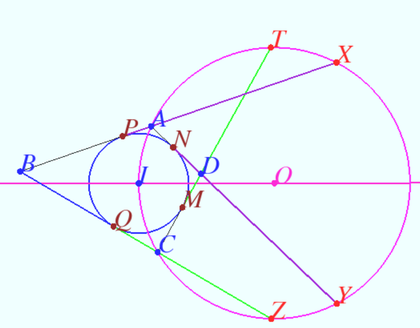 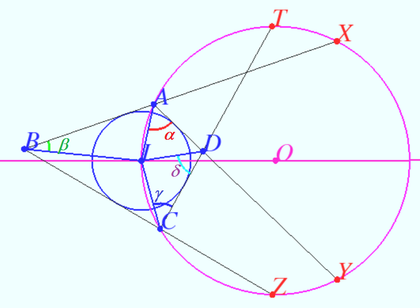 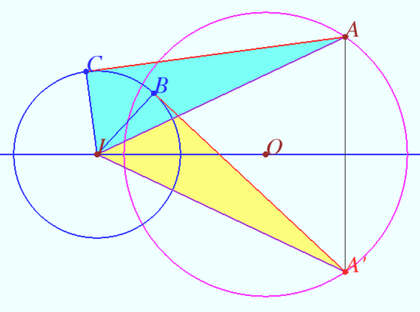 We use the equality of the tangent segments and symmetry.

Using Claim 1 we get

be the tangency points of

Using Claim 2 we get

We find measure of some arcs:

be given. Let points