A rotation of a planar figure is a transformation that preserves area and angles, but not orientation. The resulting figure is congruent to the first.

Suppose we wish to rotate triangle

clockwise around a point

, also known as the center of rotation.

We would first draw segment

. Then, we would draw a new segment,

such that the angle formed is

. Do this for points

, to get the new triangle 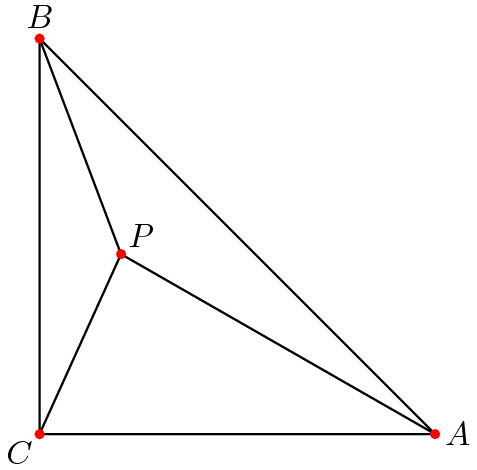