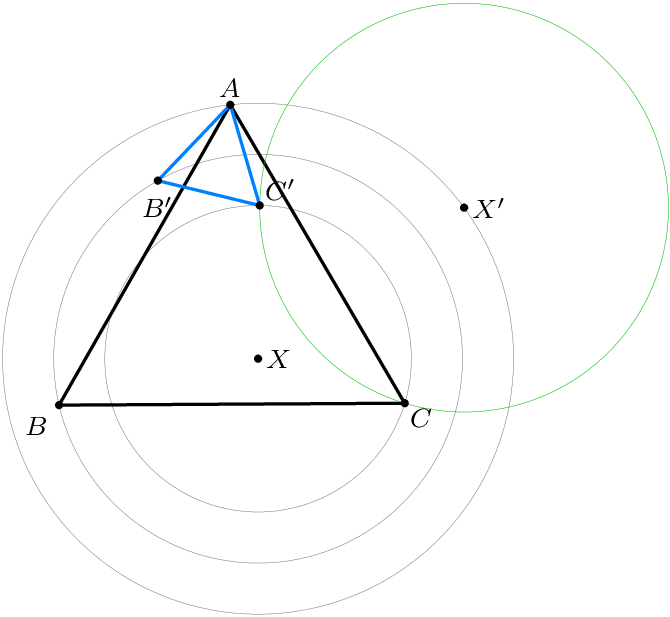 Here is a proof that shows that there are 2 distinct equilateral triangles (up to congruence) that have the given properties.

We claim that there are 2 distinct equilateral triangles (up to congruence) that have the given properties; one of which has largest area. We have two cases to consider; either the center

or it does not (and we shall show that both can happen). To see that the first case can occur proceed as follows. Using the notation from Solution 1, let

. The law of cosines on

Solving this system will yield the value of

Substituting these into the equation 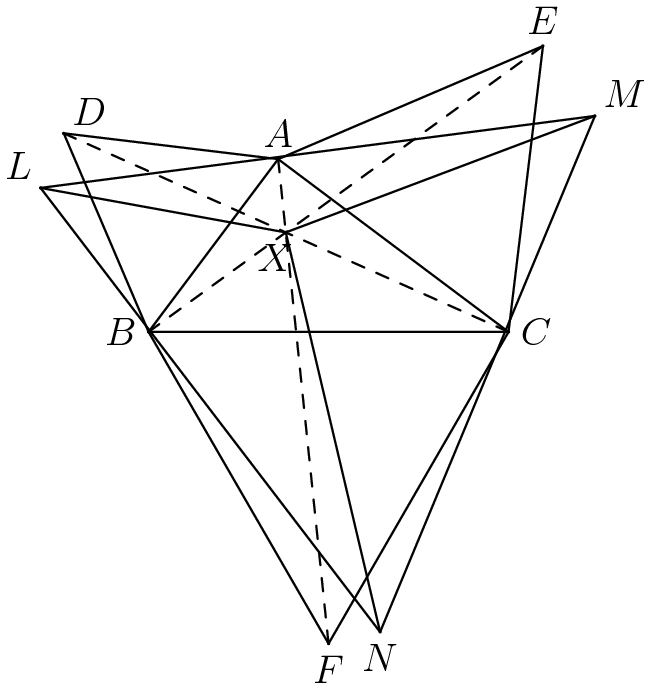 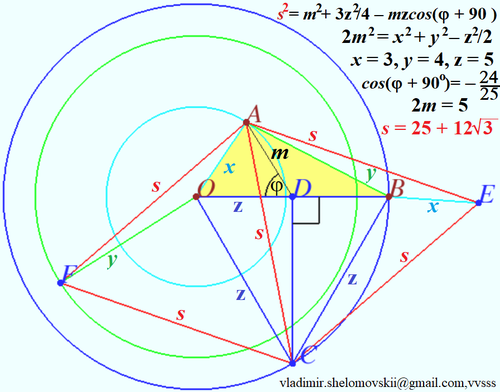