. If the sides of triangle 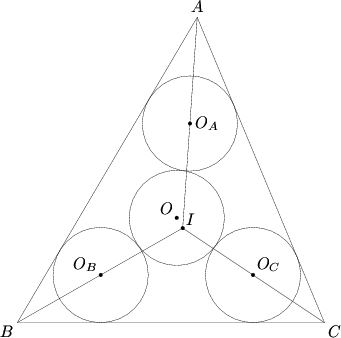 . Let the radius of one of the small circles be

. Let the centers of the three little circles tangent to the sides of

. Let the center of the circle tangent to those three circles be

therefore maps the circumcenter of

is the semiperimeter. Scale the triangle with the inradius by a linear scale factor,

are the side-lengths. Scale the triangle with the circumradius by a linear scale factor,

Cut and combine the triangles, as shown. Then solve for

are similar by parallel sides, so we can find ratios of two quantities in each triangle and set them equal to solve for

and its circumradius is

denote the incenter of triangle

, so now we compute r. Computing the inradius by

, we find that the inradius of

is the area of

is the circumradius, we find

. Now we can equate the ratio of circumradius to inradius in triangles

According to the diagram, it is easily to see that there is a small triangle made by the center of three circles which aren't in the middle. The circumradius of them is

, and centers of circles tangent to

. It is easy to know that

according to half angle formula. Similarly, we can find

. So we can see that

. After solving, we get

Here is a diagram illustrating solution 1. Note that unlike in the solution

refers to the circumcenter of

is used for the center of the third circle, 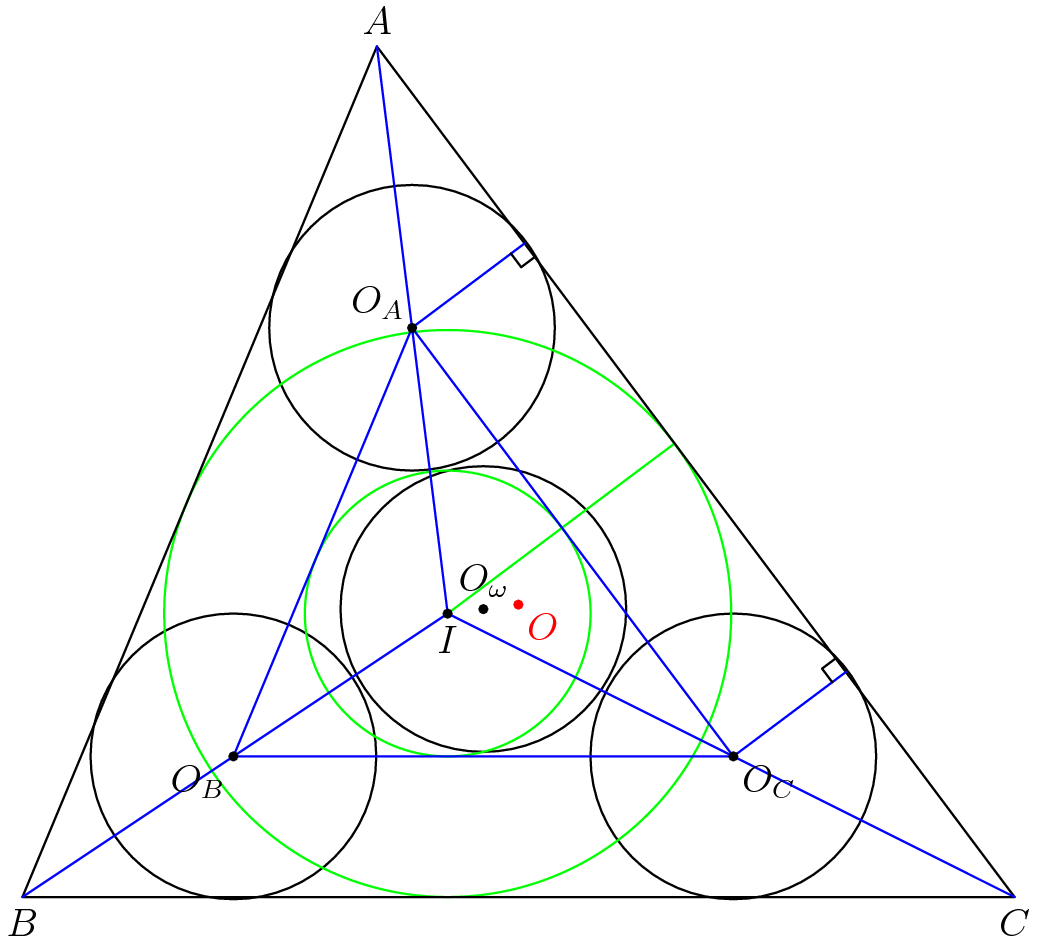