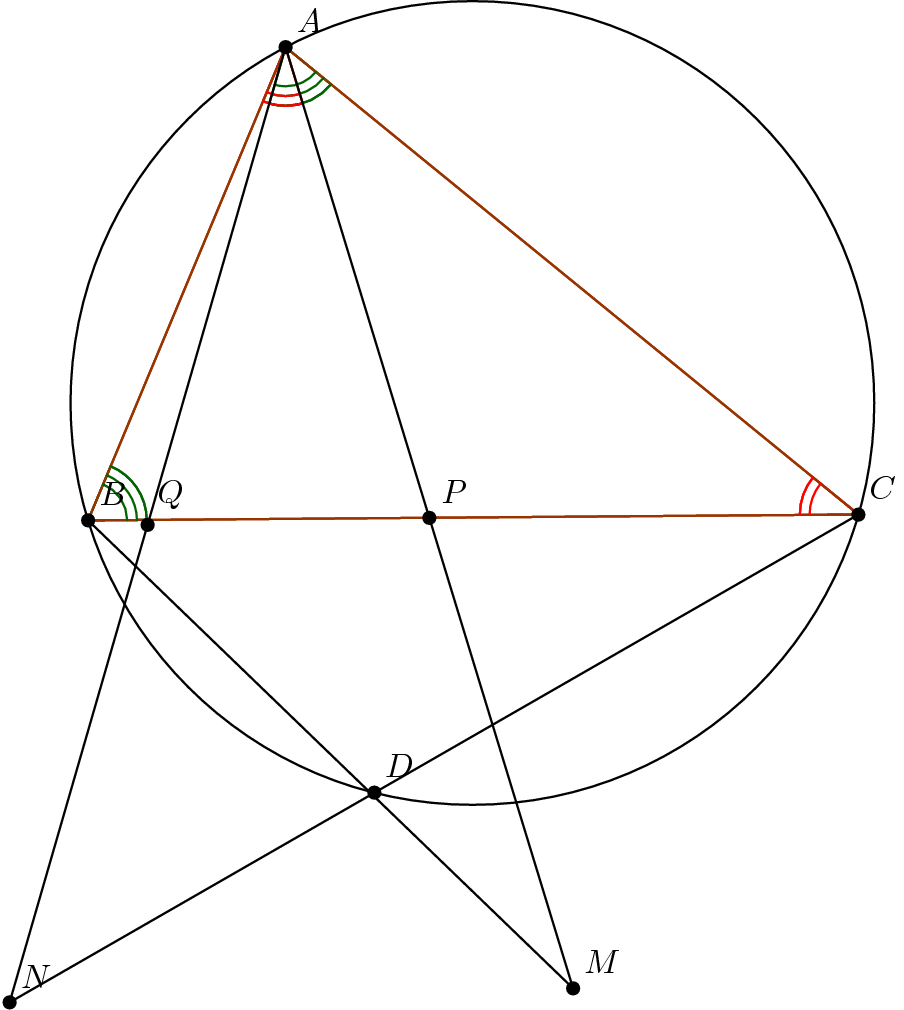 . In other words, we are trying to prove angle

is 180 degrees. Let the intersection of

. Let us assume (angle BDC) + (angle BAC) = 180. Note: This is circular reasoning. If angle BDC plus angle BAC is 180, then angle BAC should be equal to angles BDN and CDM. We can quickly prove that the triangles ABC, APB, and AQC are similar, so angles BAC = AQC = APB. We also see that angles AQC = BQN = APB = CPF. Also because angles BEQ and NED, MFD and CFP are equal, the triangles BEQ and NED, MDF and FCP must be two pairs of similar triangles. Therefore we must prove angles CBM and ANC, AMB and BCN are equal. We have angles BQA = APC = NQC = BPM. We also have AQ = QN, AP = PM. Because the triangles ABP and ACQ are similar, we have EC/EN = BF/FM, so triangles BFM and NEC are similar. So the angles CBM and ANC, BCN and AMB are equal and we are done.