Difference between revisions of "2015 AMC 12B Problems/Problem 25"

. After 6 turns it will be facing the opposite direction and move

units. The bee makes a total of

moves, so there are

of these pairs, for each direction the bee faces (

). To keep the numbers small, we will multiply by

We draw a quick diagram of one unit in each direction. 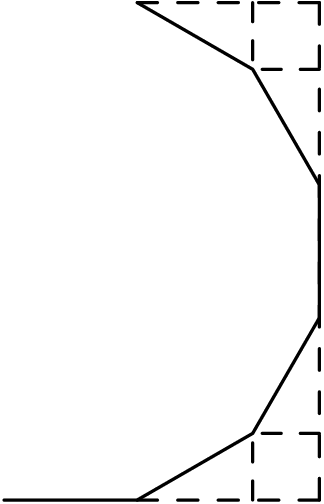 Using the 30-60-90 triangles, it is clear that the displacement vector is

, or the displacement length is

. Therefore the total displacement is