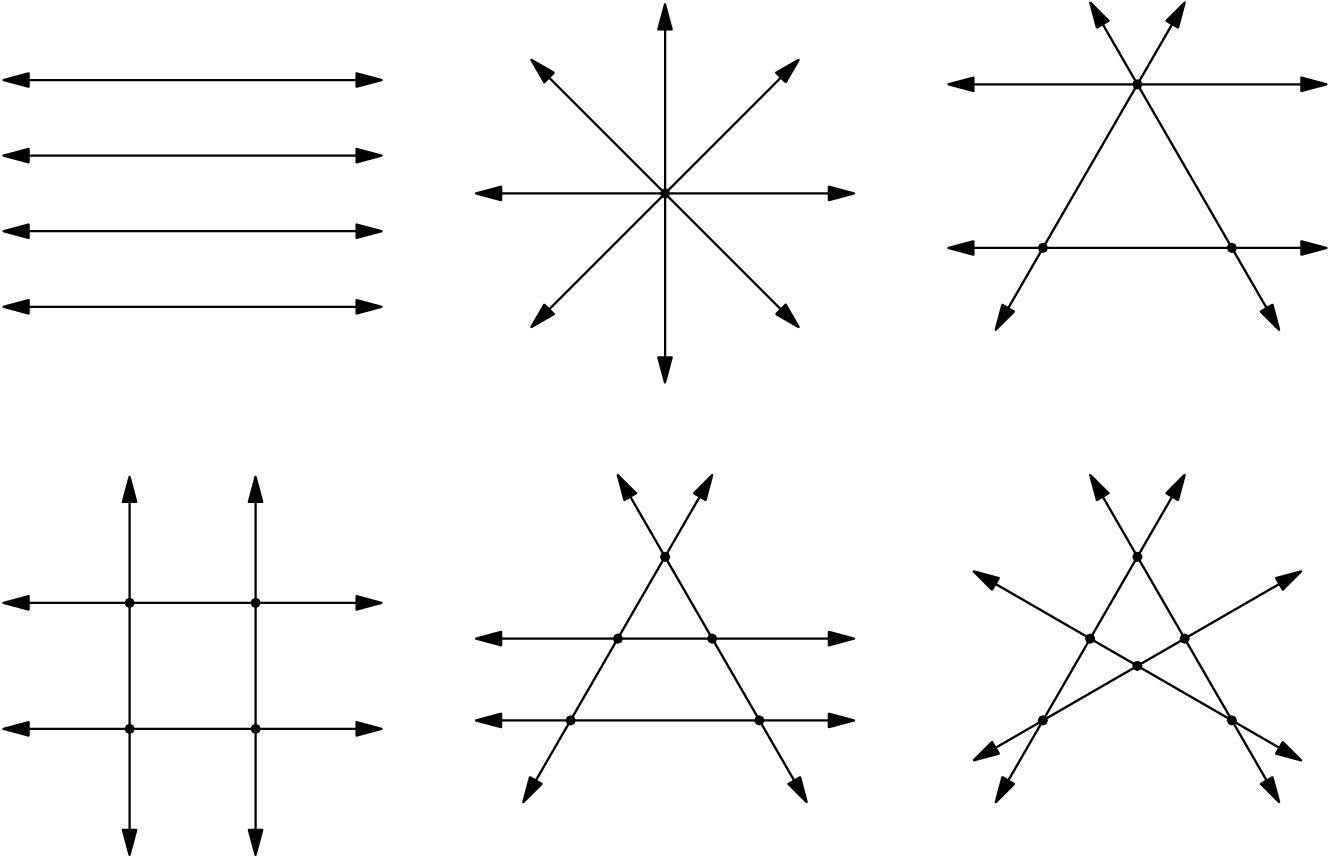 We do casework to find values that work:

Case 5: Four non-parallel lines all intersecting each other at different points, giving

Case 6: Four non-parallel lines all intersecting at one point, giving

You can find out that you cannot have

intersections. The sum is thus

(Note: This is the same as the above solution!)