During AMC testing, the AoPS Wiki is in read-only mode. No edits can be made.
AoPS Wiki
Resources Aops Wiki Angle Bisector Theorem 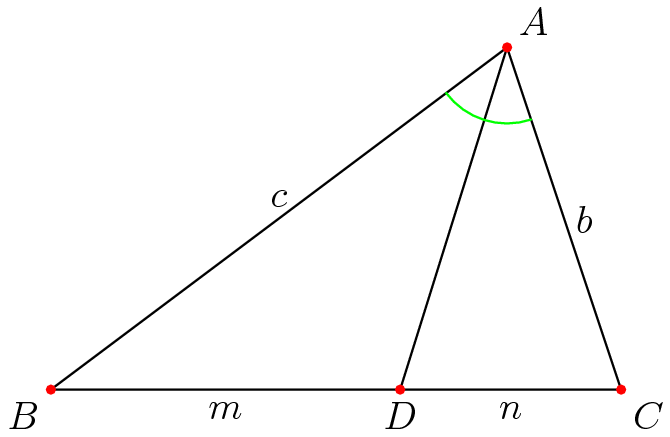 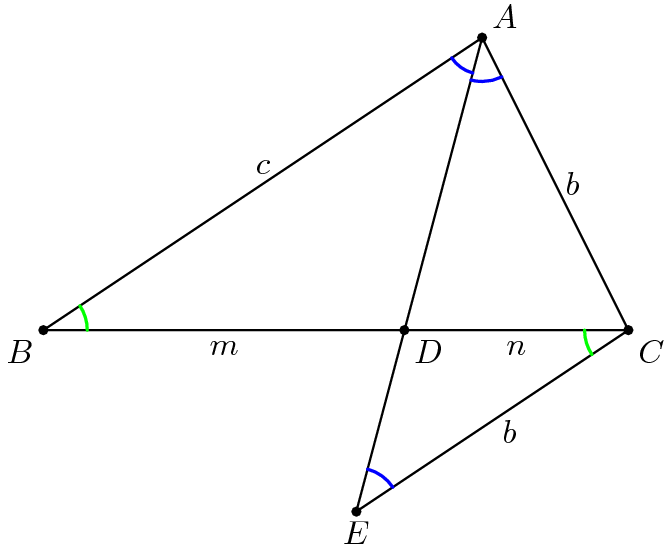 Since AB and CE are parallel, we know that

. By the properties of similar triangles, we arrive at our desired result:

Since B,D, and C are collinear,

. Now consider the perpendicular from

. Every point on the angle bisector of an angle is equidistant to the sides of the angle, so the height

is equal to the height to

. We can prove the converse by the Phantom Point Method, since we can find

, and prove that the points are the same.

. Now, we can express the area of triangle ABD in two ways:

Likewise, triangle ACD can be expressed in two different ways:

. Therefore, we can substitute back into our previous equation to get

, which was what we wanted.

In both cases, if we reverse all the steps, we see that everything still holds and thus the converse holds.