Newman's Tauberian Theorem is a tauberian theorem first proven by D.J. Newman in 1980, in his short proof of the prime number theorem.

. We choose some large

, and some arbitrarily small

is defined on the set

be the counterclockwise contour on the boundary of this set. Let

be the restriction of this contour to the half-plane

be the restriction of the contour to the set

be the restriction to the set

, as shown in the diagram below. 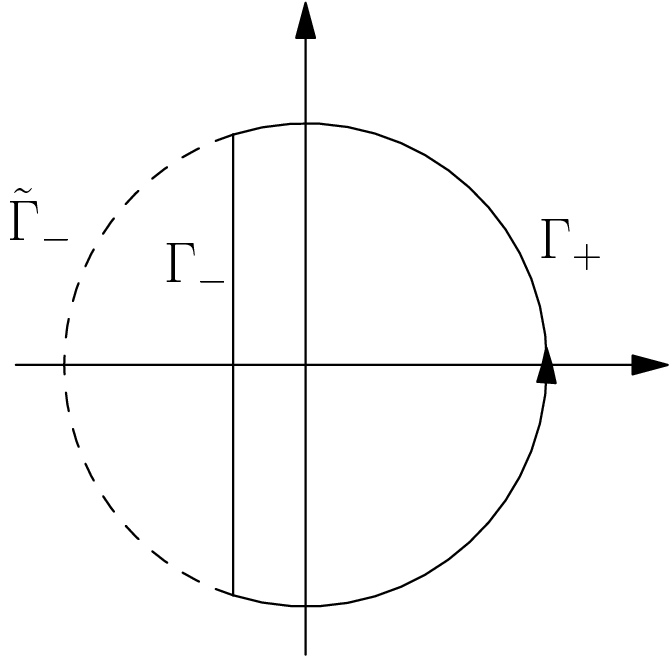 By the Cauchy integral formula, we have

We will estimate this integral separately in the left and right half-planes. In principle,

could be arbitrary, but we have chosen

to make it easier to estimate this integral.

We first estimate the difference

be an upper bound for

. In the the right half-plane

Thus, we should kill the denominator

for the integral to converge. On the other hand, we can afford the kernel

in the right half-plane, which will allow us corresponding decay in the left half-plane. Hence our choice

This is convenient because for

To estimate the integral over

be an upper bound for the quantity

becomes arbitrarily large, the last term vanishes, so that

arbitrarily small, so that the second term vanishes. Then we pick an arbitrarily large

, so that the first term vanishes, and the theorem follows.