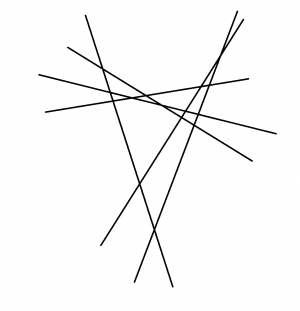 We can use the fact that the number of regions that

lines divide a plane is given by the equation

, and in this problems,

The formula is proved in Engel's Extremal Principles chapter or https://www.cut-the-knot.org/proofs/LinesDividePlane.shtml gives two proofs for it.