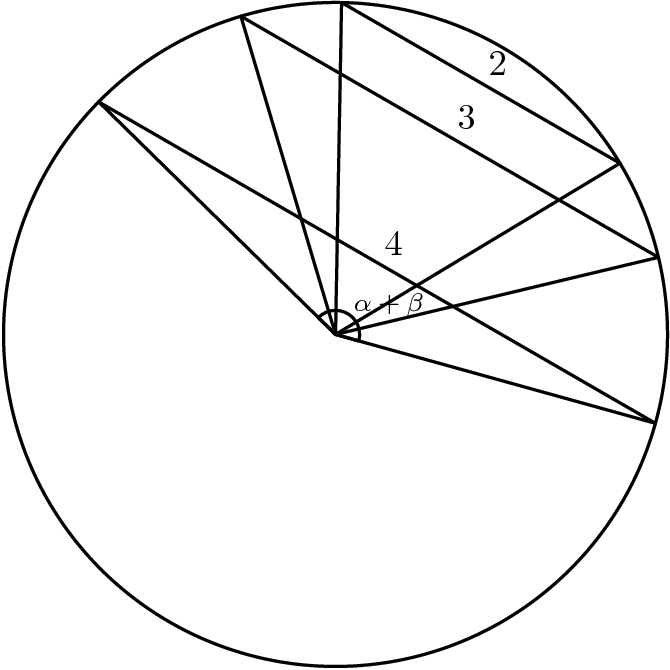 All chords of a given length in a given circle subtend the same arc and therefore the same central angle. Thus, by the given, we can re-arrange our chords into a triangle with the circle as its circumcircle. 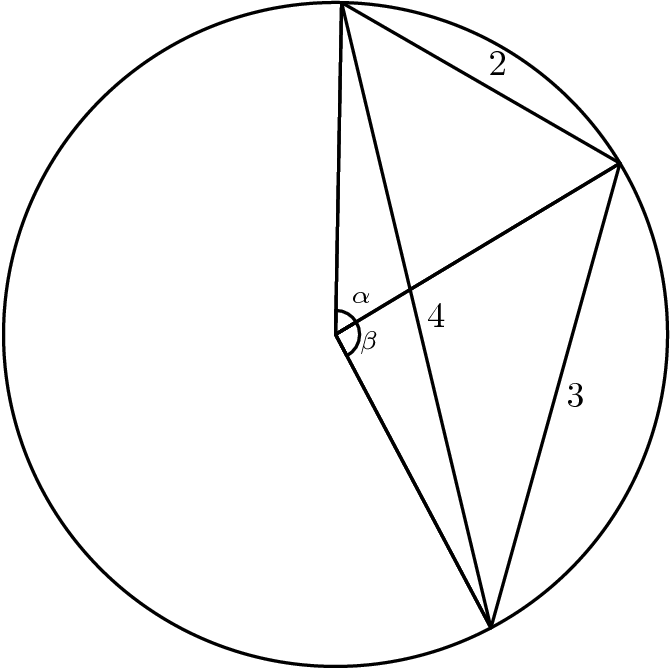 so by Heron's formula it has area

. The area of a given triangle with sides of length

and circumradius of length

is also given by the formula

Now, consider the triangle formed by two radii and the chord of length 2. This isosceles triangle has vertex angle 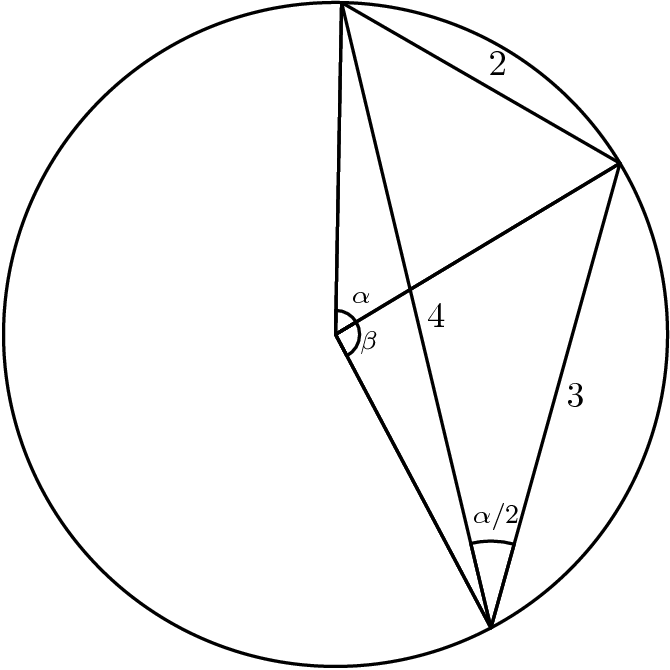 It’s easy to see in triangle which lengths 2, 3, and 4, that the angle opposite the side 2 is

, and using the Law of Cosines, we get:

And, that gets us:

Which gives an answer of

Using the first diagram above,

by the Pythagorean trig identities,

so by the composite sine identity

multiply both sides by

plugging this back in,