be the intersection of diagonals

are each twice as large as angle 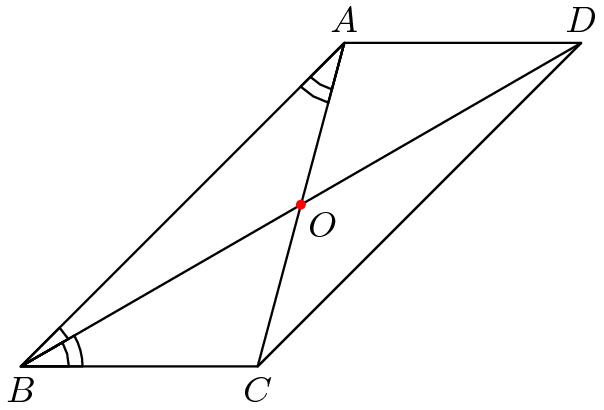 is a parallelogram, it follows that

. By the Law of Sines on

and the double and triple angle (

) formulas further simplify this to

that fits in this context comes from

. The Law of Sines on

Expanding using the sine double and triple angle formulas, we have

By the quadratic formula, we have

(as the other roots are too large to make sense in context). The answer follows as above.

We will focus on

By the Exterior Angle Theorem,

Then by the Pythagorean Theorem,

. The answer follows as above.