is the image of the point

according to this axis. The situation looks as follows. 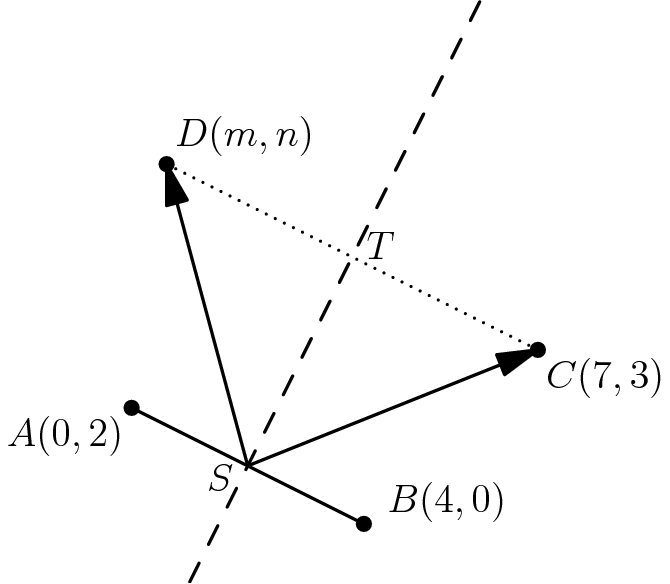 Now, we will compute the coordinates of the point

are congruent, their areas are equal. The area of the triangle

of the size of the vector product

of the size of

The equality remains valid if we multiply the vector

by any constant. In other words, instead of

we can use any vector with the same direction.

The axis of symmetry is perpendicular to

. Thus its direction is

We just discovered that the coordinates of

. We will now use the second two facts mentioned above to find

. Simplifying, we get the equation

. This has exactly one positive root

Note that the fold is the perpendicular bisector of

. Thus, the fold goes through the midpoint

The fold also has a slope of

is the slope of the line connecting these two points. We find

. Thus, the slope of the fold is

, so the equation of the fold is

We want the line connecting

to have the same fold as a perpendicular bisector. The slope should be

to bisect the segment from

must lie on the line. Plugging into the equation of the line, we find

Solving the system of two equations in two variables