Let the extensions of 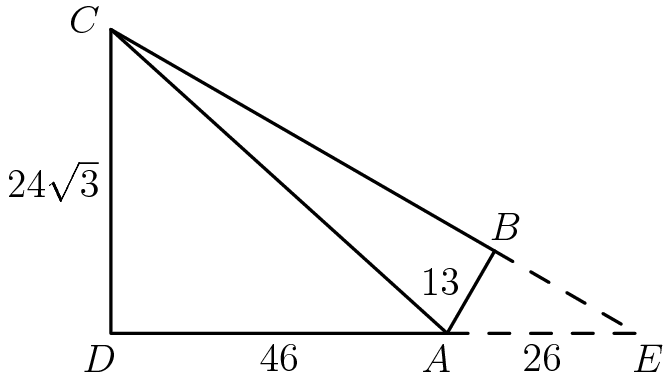 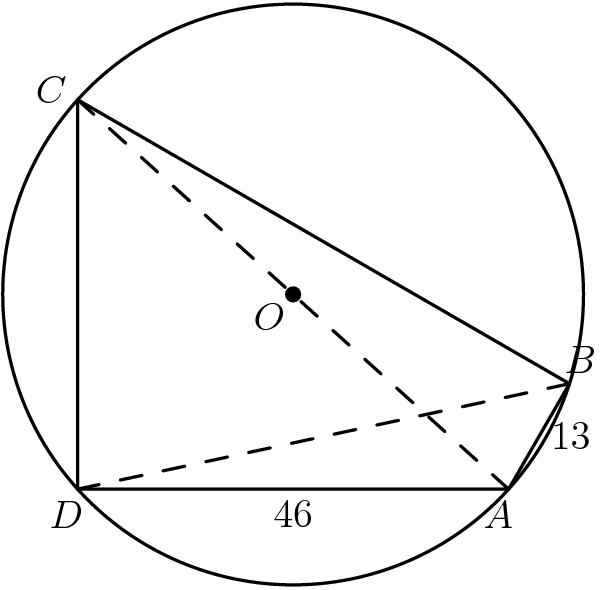 Opposite angles add up to

is a cyclic quadrilateral. Also,

is a diameter of the circumscribing circle. We can apply the extended version of the Law of Sines on

By the Law of Cosines on