During AIME testing, the AoPS Wiki is in read-only mode. No edits can be made.
AoPS Wiki
Resources Aops Wiki 2001 AIME I Problems/Problem 7

and contains the center of the inscribed circle of triangle 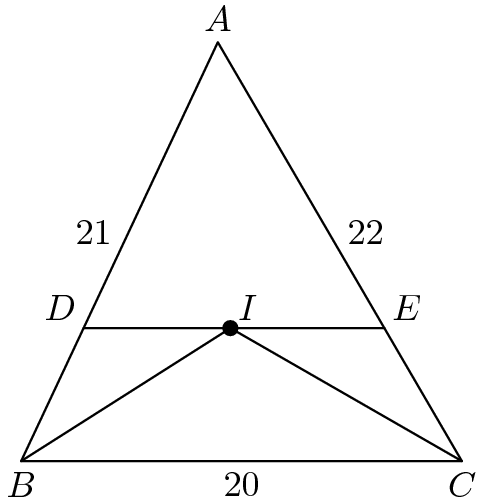 are angle bisectors of

is isosceles, and similarly

is isosceles. It follows that

, so the perimeter of

. Hence, the ratio of the perimeters of

, which is the scale factor between the two similar triangles, and thus 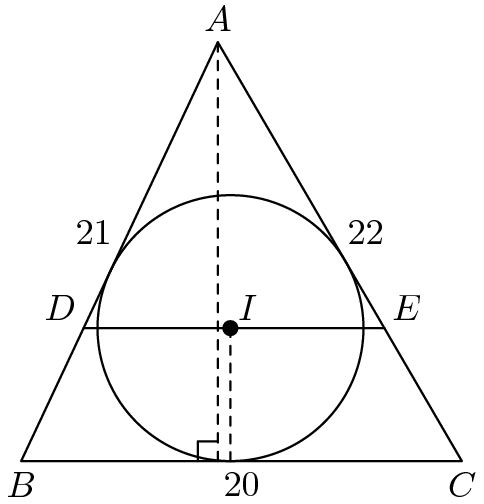 . By Heron's formula, the area of the whole triangle is

, we find that the inradius is

, the ratio of the heights of triangles

is equal to the ratio between sides

Or we have the area of the triangle as

. Using the ratio of heights to ratio of bases of

from that it is easy to deduce that 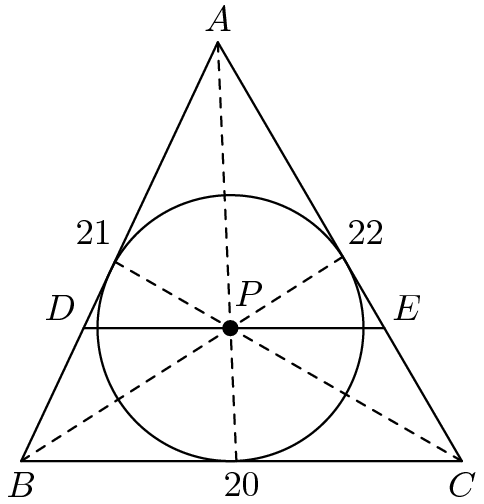 be the incenter; then it is be the intersection of all three angle bisectors. Draw the bisector

to where it intersects

, and name the intersection

Using the angle bisector theorem, we know the ratio

, thus we shall assign a weight of

and a weight of

. In the same manner, using another bisector, we find that

the height of the original triangle

. Multiplying this ratio by the length of

More directly than Solution 2, we have 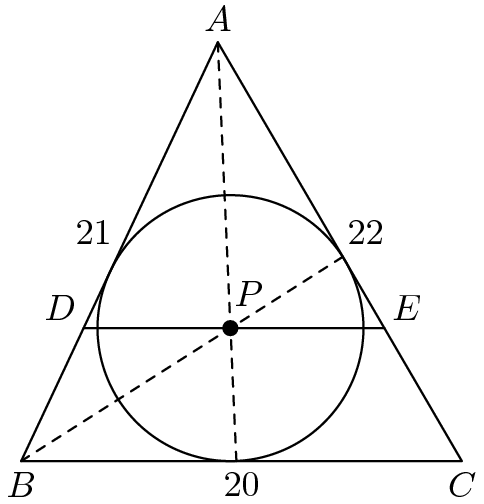 Let the angle bisector of

Applying the Angle Bisector Theorem on

, we can once again apply the Angle Bisector Theorem on

Therefore, by similar triangles, we have