, what is the area of triangle

Looking at the triangle

, we see that its perpendicular bisector reaches the vertex, therefore implying it is isosceles. Let

from given and the previous deducted. Then

Then by using Heron's Formula on

. Also, by the angle bisector theorem,

. Additionally, using the Law of Cosines and the fact that

Substituting and simplifying, we get

. We now know all sides of

. By the angle bisector theorem, we can express

respectively. We try to find

through Stewart's Theorem. So

We plug this to find that the sides of

. By Heron's formula, the area is 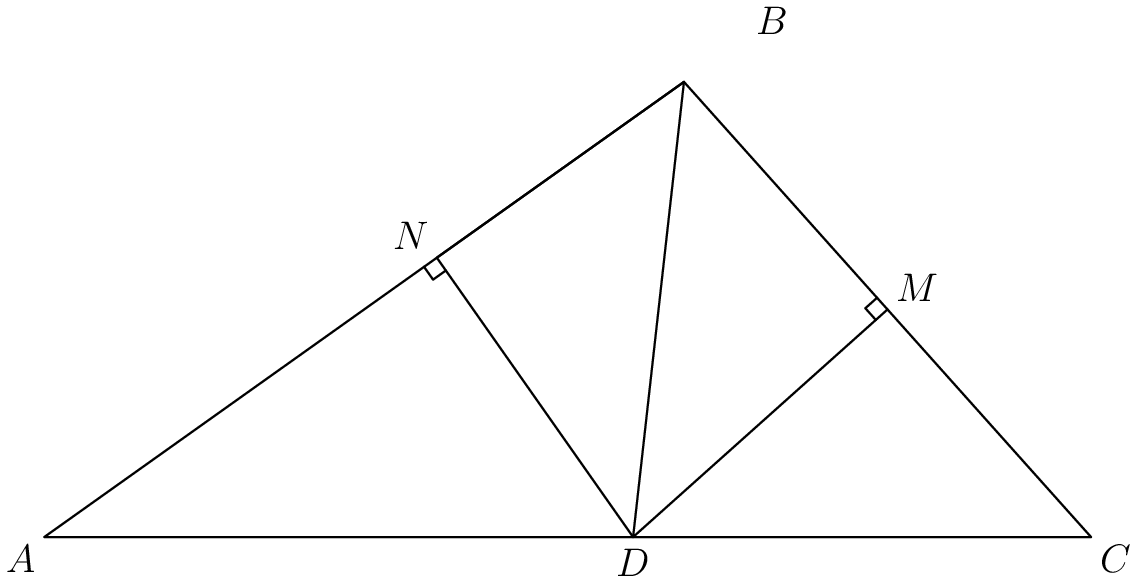 By the Law of Sines we have

By the Double Angle Identity