During AIME testing, the AoPS Wiki is in read-only mode. No edits can be made.
AoPS Wiki
Resources Aops Wiki 2003 AIME II Problems/Problem 6 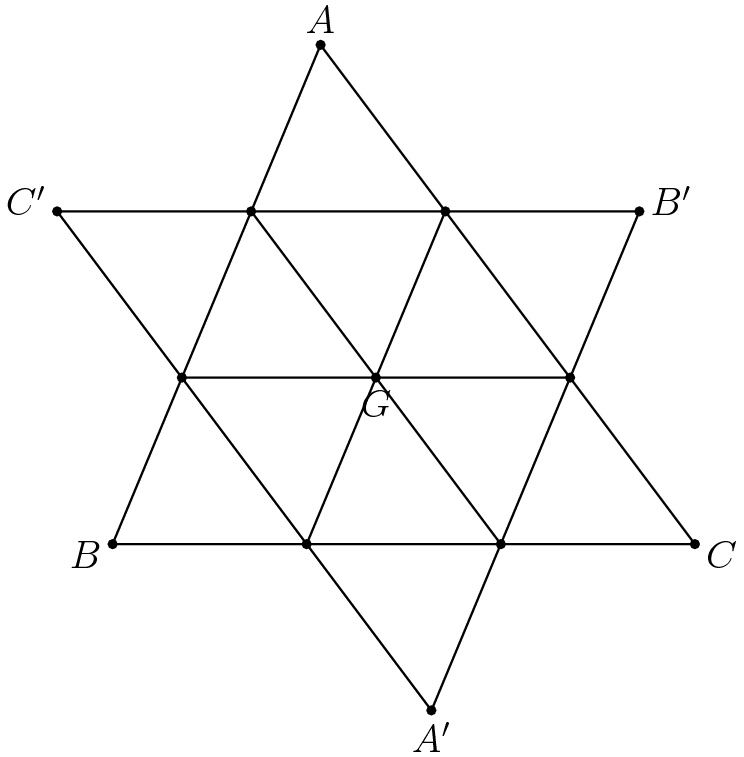 can be calculated as 84 using Heron's formula or other methods. Since a

rotation is equivalent to reflection through a point, we have a homothety with scale factor

respectively. The homothety implies that we must have

so there is in fact another homothety centered at

the scale factor of this homothety is 3 and thus

We can apply similar reasoning to the other small triangles in