Let the radius of the center circle be

and its center be denoted as 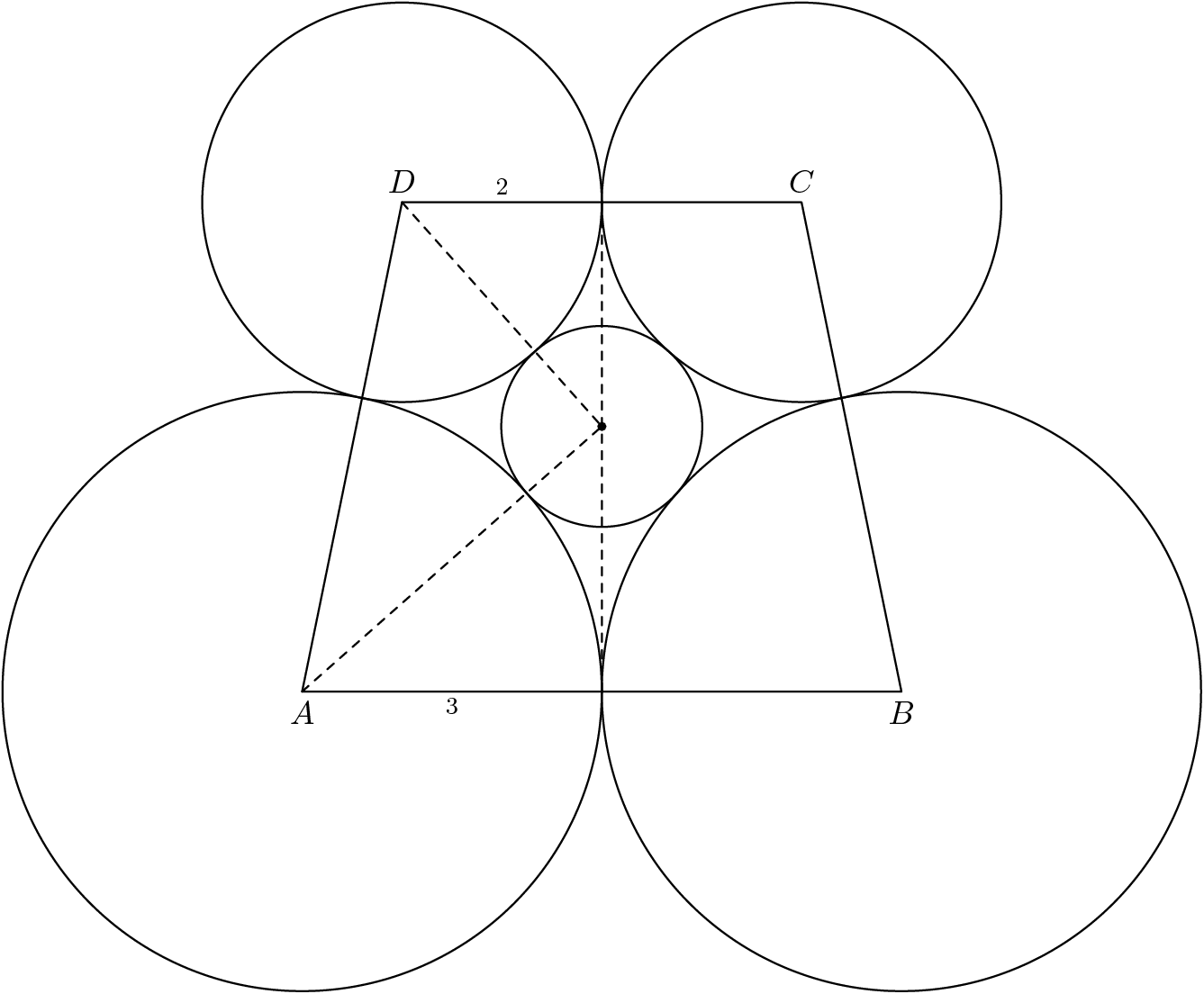 passes through the point of tangency of circle

be the height from the base of the trapezoid to

We use a similar argument with the line

, and find the height from the top of the trapezoid to

is simply the height of the trapezoid. Let

so we need to solve the equation

. We can solve this by moving one radical to the other side, and squaring the equation twice to end with a quadratic equation.