is a parallelogram, and so 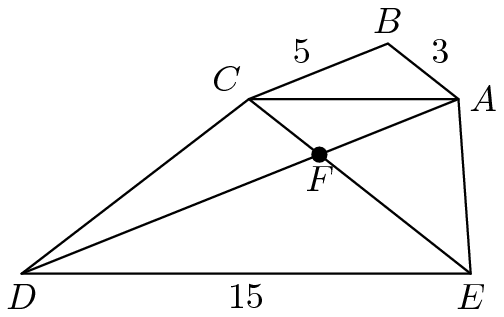 . Thus the length similarity ratio between

be the lengths of the altitudes in

respectively. Then, the ratio of the areas

, with all three heights oriented in the same direction. Since

, and from the similarity ratio,

, and the ratio of the areas is