times in a row, our bad strings can take the forms: 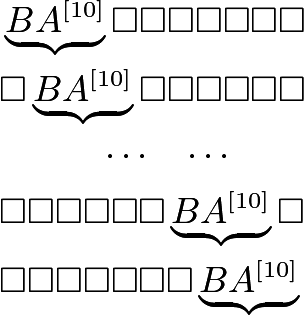 We approach the problem by recursion. We partition the positive integers into the sets

, so by the disjointness of the

is not in any of the other sets. Also, we note that

We claim that if

. To prove this, we show that

(the given function) maps

on this set, we see that

is an injection. If

, so we know that

is a surjection, so it must be a bijection. Therefore, if

We also claim that if

. The proof is the same as in the previous paragraph, though some additional clarification is needed to prove that

is a surjection. If

as in the prior argument. However, this does not happen if

. It is easy to check that

. Therefore, the only time that the above argument could fail is if

. But in every other case,

Next, we claim that if

, which is clearly an injective map. Also,

Based on these bijections, if we let 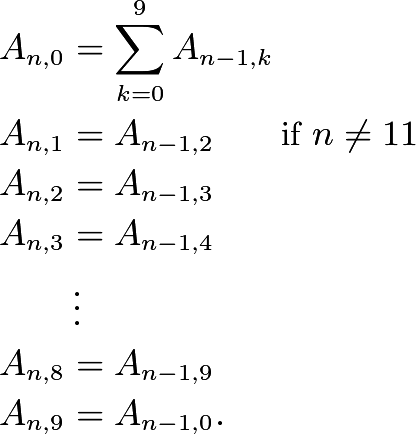 . Then by adding the above equations (valid if

Now by using the above relations repeatedly, we find

The first relation will only be valid if

. For smaller values, it is easy to use the relations to compute that the terms are powers of

, although we note that

because of the failure of the above argument.

After this, we can simply use the recurrence relation for

is prime. Thus the answer is