Four lighthouses are located at points

, and the lighthouse at

. To an observer at

are equal. To an observer at

are equal. The number of kilometers from

. It can be seen that triangle

(by the pythagorean theorem on triangle

by ASA congruency we have 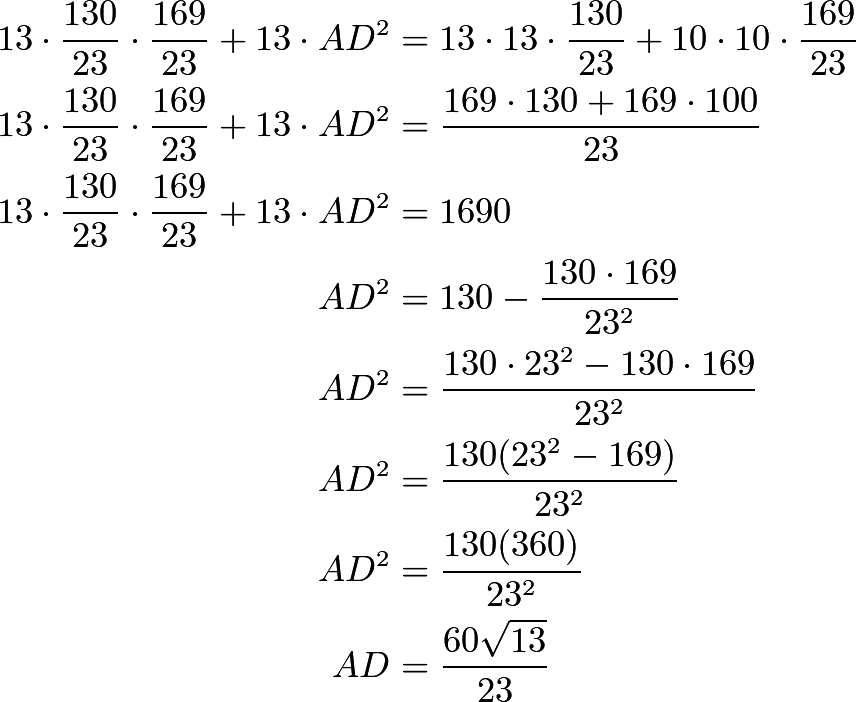 Notice that by extending

to meet at a point

is isosceles. Now we can do a straightforward coordinate bash. Let

, and the equation of line

. Let F be the intersection point of

, and by using the Angle Bisector Theorem:

. Then the equation of the line

. Hence the intersection point of

After drawing a good diagram, we reflect

. Also, let the intersection of

, we can use the Angle Bisector Theorem.

. Letting the segments be

respectively, we now have

. Using the Angle Bisector Theorem on

is an angle bisector of isosceles

. Then by the Angle Bisector Theorem,

. By the Law of Cosines on 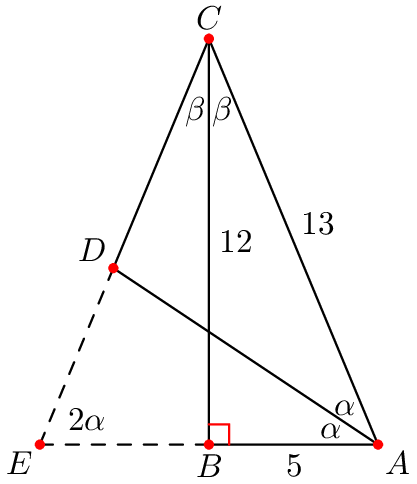 Using the law of sines on 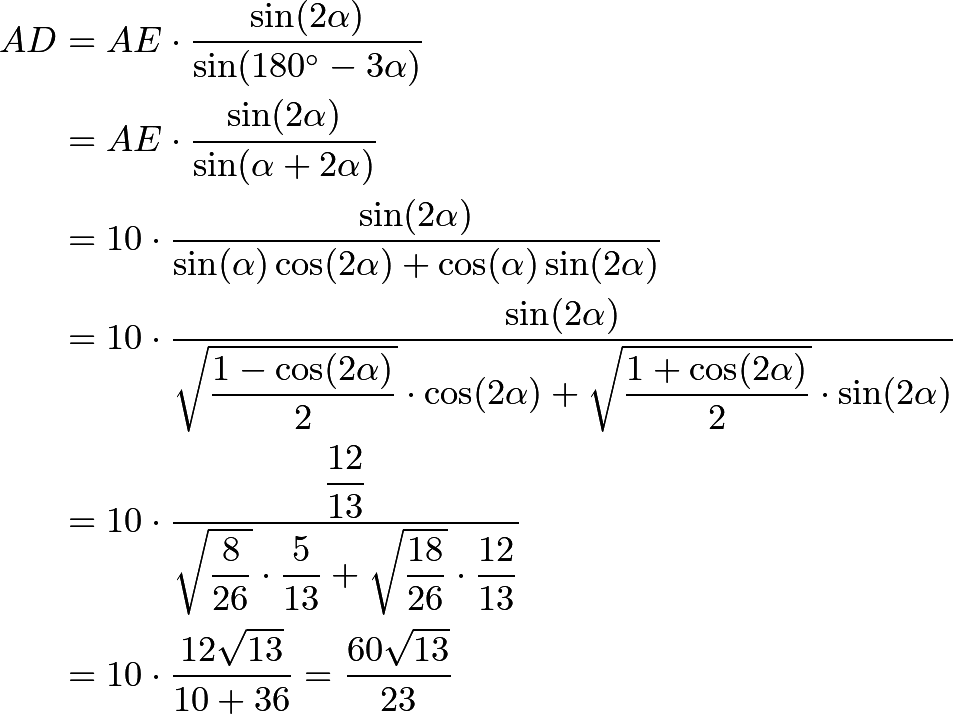