be a diameter of a circle with diameter 1. Let

By the Angle Bisector Formula,

. Taking the derivative of

Clearly the maximum occurs when

. Plugging this back in, using the fact that

on the semicircular arc. We will first compute the length of

, and we also know

This gives the quadratic inequality

, so the greatest possible value of

be the center of the circle. Define

, respectively. We will express the length of

as a function of

and maximize that function in the interval

(a) By the Extended Law of Sines in triangle

are similar right triangles, we have

, and hence by the Law of Sines,

which is a function of

). Differentiating this with respect to

and the numerator of this is

. Therefore, the length of

is the value in

so the maximum length of 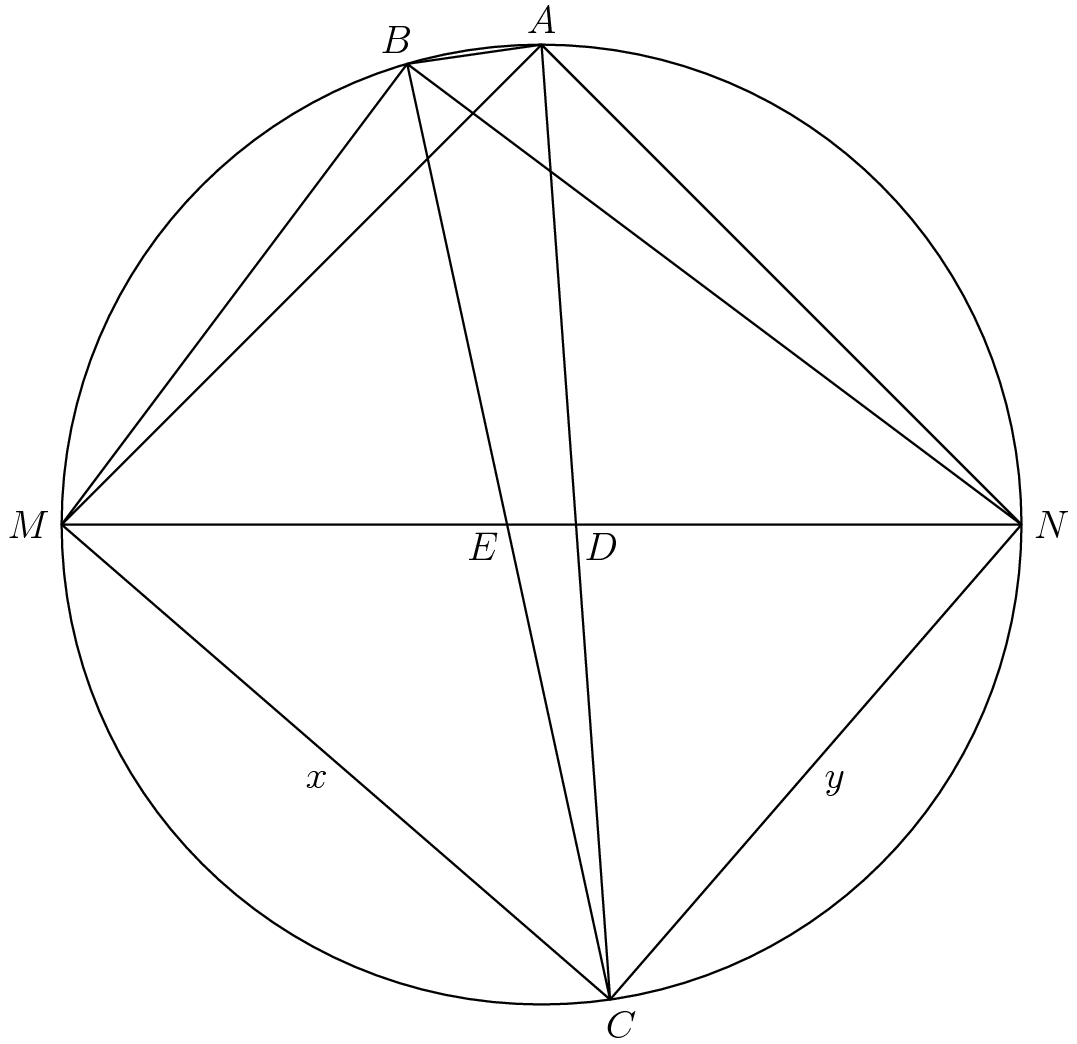 , we can substitute known values and multiply the equations to get

The value we wish to maximize is 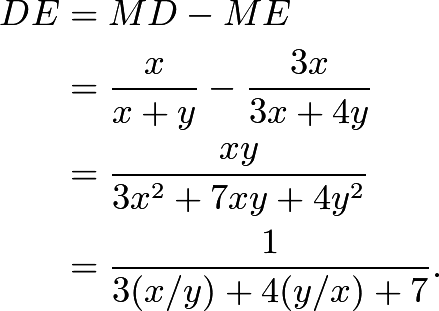 By the AM-GM inequality,

giving the answer of

. Equality is achieved when

subject to the condition

Since cross ratios are preserved upon projecting, note that

By definition of a cross ratio, this becomes

so the LHS becomes

In the RHS, we are given every value except for

However, Ptolemy's Theorem on

Since this is a function in

to find its maximum. By quotient rule, it suffices to solve