are mutually externally tangent. What is the area of the triangle determined by the points of tangency? 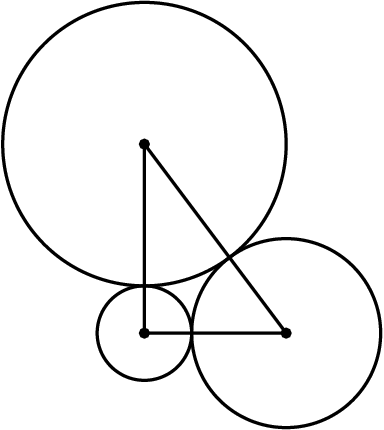 The centers of these circles form a 3-4-5 triangle, which has an area equal to 6.

The areas of the three triangles determined by the center and the two points of tangency of each circle are, using Triangle Area by Sine,

which add up to

. The area we're looking for is the large 3-4-5 triangle minus the three smaller triangles, or

be the centers of the circles with radii

. Notice that the points of tangency of the

circles are also the points of tangency of the incircle of

. Using the radius of an Incircle formula,

is the semi-perimeter, and noting that

. So the incenter lies on

. Let the points of tangency of

with it's incenter are

. Since the line defined by

and the incenter is perpendicular to

, we have it's equation as

. We have the intersection of the 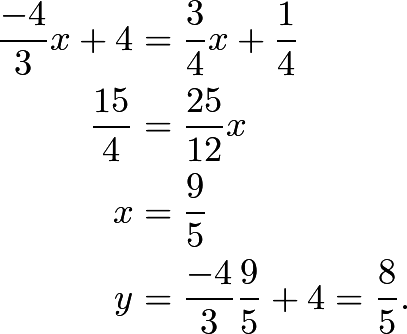 Here we can use Shoelace Theorem on the points

we get our areas as