In the array of 13 squares shown below, 8 squares are colored red, and the remaining 5 squares are colored blue. If one of all possible such colorings is chosen at random, the probability that the chosen colored array appears the same when rotated 90 degrees around the central square is

, where n is a positive integer. Find n. 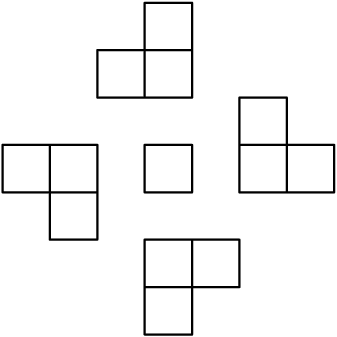